Jonathan Smolin is associate professor of Arabic and chair of the Asian and Middle Eastern Languages and Literatures at Dartmouth College, with a keen interest in crime and police fiction, illegal immigration, francophone literature, and translation. 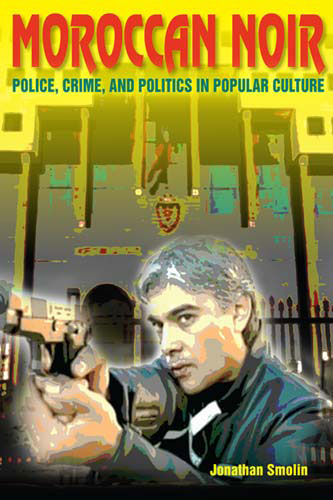 In fact he is the translator of two recent Hoopoe novels, Whitefly by Abdelilah Hamdouchi and A Rare Blue Bird Flies with Me by Youssef Fadel.

He is also the author of Moroccan Noir: Police, Crime, and Politics in Popular Culture (Bloomington: Indiana University Press, 2013).

“A triumph… Smolin not only shows his critical acumen as a literature scholar but also offers a unique picture of social change in Morocco.”―Roger Allen, University of Pennsylvania.

“Smolin’s years of dedicated work spent compiling these materials has resulted in a book that is, without question, an accomplished and  valuable resource on a little studied topic.”―Gretchen Head, Journal of Arabic Literature

To read the complete review of Moroccan Noir in the Journal of Arabic Literature, click here.