An unorthodox TV preacher speaks out

Ibrahim Eissa’s bestselling novel Mawlana, (The Televangelist, translated and published by Hoopoe, 2016) has now been adapted into a screenplay.

The film premiered at the Dubai Film Festival last December and was recently reviewed by The Hollywood Reporter. 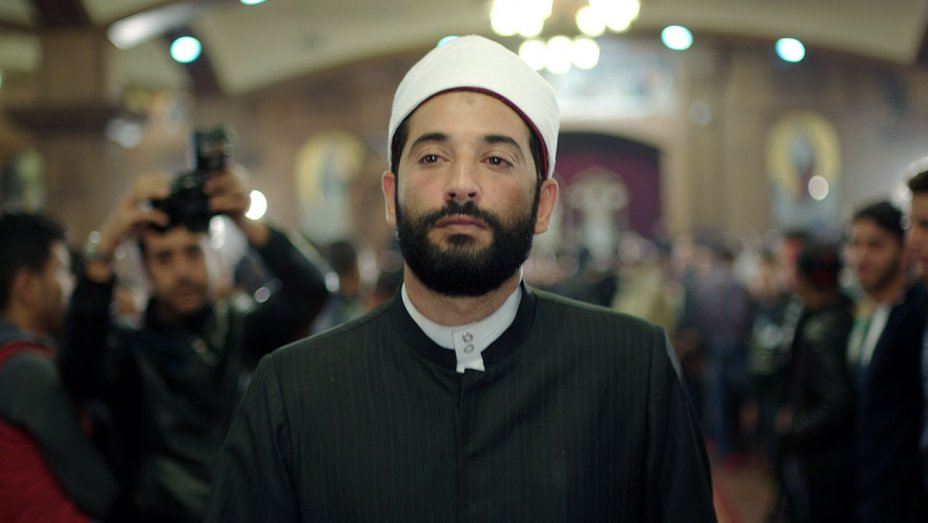 Few Arab films have dared to confront the sinister interplay between government and Islam as boldly as The Preacher (Mawlana). Capturing the dark atmosphere of the times, director Magdi Ahmed Ali brings Ibrahim Issa’s 2012 novel Mawlana/Our Master to the screen with verve, emotion and a welcome dose of humor. Its focused critique of the way politics manipulates religion for its own ends rings painfully true, and its topicality should offer some breakout potential after festival exposure starts it on its way. Its gala premiere in Dubai in an uncut version was a feather in the film festival’s liberal hat.

While its target audience is clearly the Arab world, one imagines the story could stir up a good bit of controversy in the Middle East. The terrorist bombing of a Coptic church and the fire-bombing of a Sufi apartment building by an ultra-conservative mob are two scenes of shocking violence. Even the film’s message of religious tolerance seems daring and gives this clever, straight-talking film a modern edge. The only false note is some awkward plotting at the end of the tale.

Read the complete review in The Hollywood Reporter.