In this perceptive and in-depth interview by Marcia Lynx Qualey, ArabLit asks Alex Elinson, translator of Youssef Fadel’s A Beautiful White Cat Walks with Me, how he would describe this book, what it was like translating the Moroccan novel, its female-male relationships, and the tragicomedy tone of the story.

ArabLit: This a tragicomedy where often it’s the comedy that’s tragic, and the tragedy that’s comic, with the two bleeding into each other. (Like for me one of the funniest parts was where the activists don’t want to pay Hassan for his comic work, which is probably resonant for any freelancer in any capitalist or quasi-capitalist economy, anywhere. Other funny parts, like his “Who can understand women?” are more painfully funny.) How would you describe the relationship between tragedy, history, and comedy in the book? 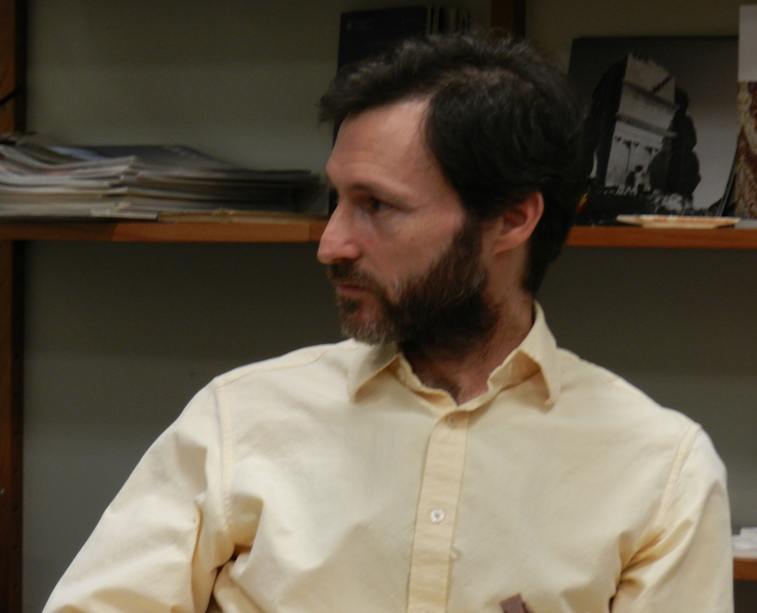 AE: What better way to tell the story of war, corruption, and heartbreak in Morocco than with the voices of two comic performers, both walking a fine line between comedic success and failure on all fronts?

A Beautiful White Cat is a painfully sad story. The juxtaposition of comedy and tragedy in the work is a necessary element, I think, both in terms of internal plot, and in its effect on how it is read. Hassan’s and Balloute’s job is to make people laugh, and for a while they are quite successful at it. However, laughter and what is funny are complex and elusive, as Balloute describes in detail in an early chapter when he attempts to define them. Each character represents a different aspect of comedy – Hassan the political satirist and Balloute the buffoon entertainer. Hassan’s job is to focus attention on injustice and the absurd (although he often denies being political at all), whereas Balloute’s job is to entertain the king, to make him forget his troubles. In the end, though, real life events become too overwhelming for both of them and their ability to make people laugh, including the reader is lost. From a reader’s perspective the quick movement from laughter to social realist critic is startling, like have a rug pulled out from under you every few pages.

Read the full interview on ArabLit (published on 15 March 2017). 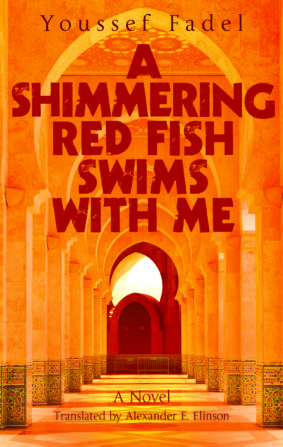 A Shimmering Red Fish Swims with Me

In 1980s Casablanca, Farah arrives from her small town life with big dreams: she wants to sing. She…