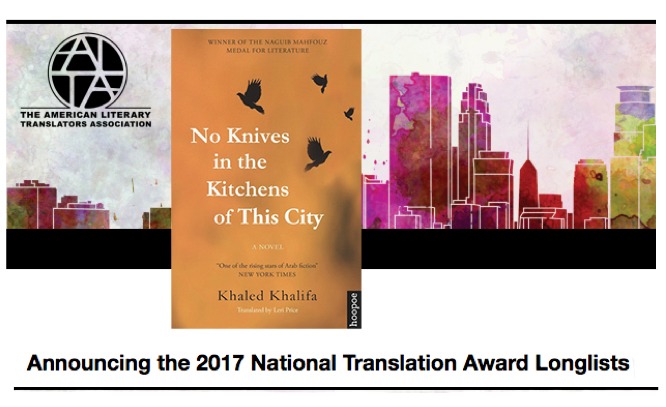 The American Literary Translators Association, otherwise known as ALTA, announced a few days ago the longlists for the 2017 National Translation Awards in both poetry and prose.

The National Translation Awards, now in their nineteenth year, promise to be “the only national award for translated fiction, poetry, and literary nonfiction that includes a rigorous examination of both the source text and its relation to the finished English work.”

This year’s lists feature works from 11 different source languages, including two from Arabic: Amjad Nasser’s A Map of Signs and Scents, translated by Fady Joudah and Khaled Mattawa and Khaled Khalifa’s No Knives in the Kitchens of This City.