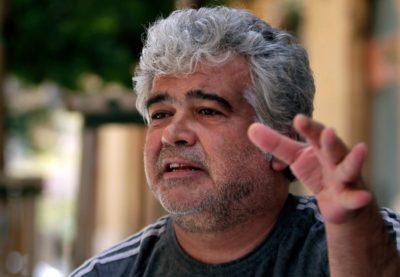 In this chilling piece for The Guardian, Syrian novelist Khaled Khalifa, author of No Knives in the Kitchens of This City, describes what it feels like to see his friends and family flee Syria and when the streets of the city are deserted, the windows dark, and telephones answered.

“I remain convinced that refugees lose their sense of identity,” warns Khalifa. He also grieves the deadly journey refugees continue to take to reach the coasts of countries that don’t welcome them despite the fact that Syria accepted millions of displaced Armenians, Chechens, Albanians, Palestinians, Lebanese, and Iraqis, in the last 100 years.

And yet despite the horrors of six years of civil war, Khalifa cannot imagine leaving Syria. “Abandoning a small set of habits that constitute personal contentment would be intolerable to me. I’m thinking of my morning coffee at home, or coffee with my friends before going to work, chatting, of the city’s smells, dinners, the smell of rain in autumn.” 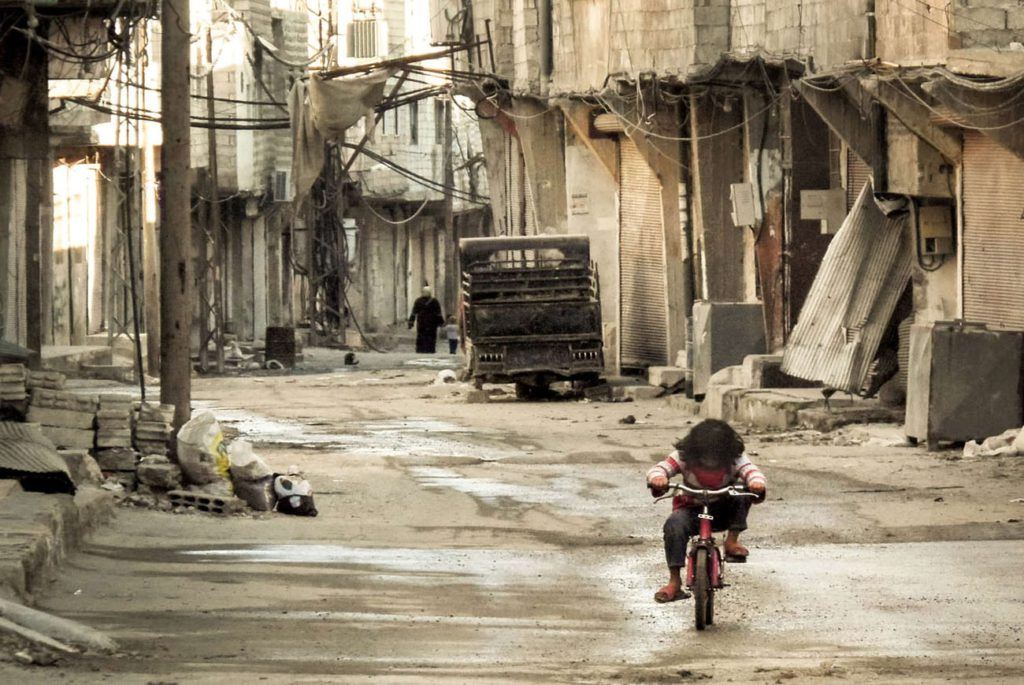 “My sister, whom I haven’t seen for more than two years, told me she was going to cross the sea in a rubber dinghy. She hung up, not wanting to hear what I thought. She merely said something profound and sentimental and entrusted her three children to my care in the event that she drowned. A few minutes later I tried to call the unfamiliar Turkish number back, but the phone had been turned off. Hundreds of images from our childhood flooded my memory. It’s not easy to say goodbye to half a century of your life and wait for someone you love to drown. My fingers and toes felt cold and my head empty, and I didn’t feel able to argue anyway. What can one offer a woman who has lost her home and everything she owns and, not wanting to lose her children too, carried them off into exile to seek a safe haven in Turkey? Things are not easy for a woman like her there. She looks like millions of other Syrian women and does not have any special skills. All that’s left is the hope of asylum, even if it requires crossing the sea in a rubber dinghy. It’s as if she’s trying to tell me something I know already – that the sea is Syrians’ only hope.

The aftermath of a Syrian Air Force strike on the Ain Tarma neighbourhood of Damascus. Photograph: Goran Tomasevic/Reuters
Maybe it was luck that saved my sister. She didn’t drown, and she found friends to help her in Greece and in the other countries she passed through. She certainly didn’t talk about unpleasant experiences with traffickers fleecing her out of what little money she had or leaving her destitute in an airport waiting room. In any case, she eventually reached her destination, and in Denmark found another group of friends who could provide support. Some of her fellow adventurers had drowned in scenes of unimaginable horror. Death may take many forms, but the bleakest and blackest of them all is death by drowning, which is a complete denial of everything the human body stands for. The drowned body becomes food for the fishes of the sea, and dissolves like salt in a bowl of water.

In the days that followed, I received similar messages from my younger brother, who had left his home in Aleppo and gone to Mersin in southern Turkey. From there, he left his family and sailed alone, embarking on an arduous journey that took him from Greece to Italy and finally to Sweden. Then came an endless stream of phone calls from friends and close relatives, such as my cousins, all telling me they were about to set sail. I no longer asked for details of the journey or discussed it with them. I wished them a safe trip and asked them to put our minds at rest when they arrived safely. Hundreds of thousands of Syrians are still thinking along the same lines. In coffee shops in Turkish towns and cities, they exchange the telephone numbers of traffickers and information about the best routes. They post about these things on Facebook, sometimes even in open forums.”

Read the full article on The Guardian website. Translated from Arabic by Jonathan Wright.