‘Otared’ on 100 Must Read Books About Revolutions 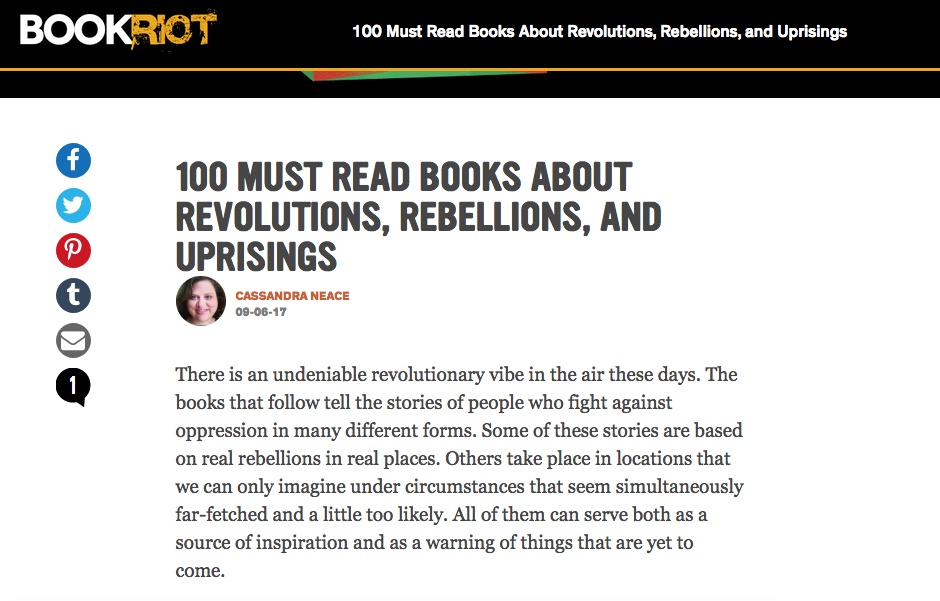 In the selection of these books, journalist Cassandra Neace points to the fact that these novels “tell the stories of people who fight against oppression in many different forms.”

Other titles on the list include great classics such as The House of Spirits by Isabel Allende, Brave New World by Aldous Huxley, A Tale of Two Cities by Charles Dickens, and The Leopard by Giuseppe Di Lampedusa. 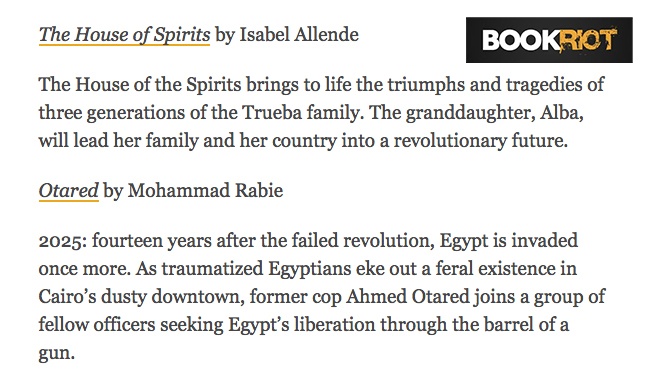 Read the full article on Bookriot.