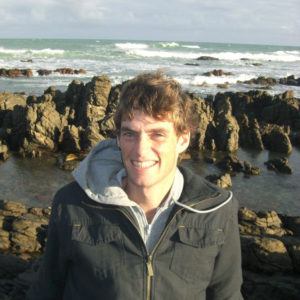 The 2017 Saif Ghobash Banipal Prize for Arabic Literary Translation is awarded to Robin Moger for his translation of the novel The Book of Safety by Yasser Abdel Hafez, published last year by Hoopoe, an imprint of AUC Press. After lengthy deliberations, the judges were unanimous in naming Moger as the winner of the £3,000 prize for his “alluring translation that captures beautifully the nuances of the Arabic original.”

“I am delighted that the 2017 award goes to Robin Moger, one of Hoopoe’s most talented translators,” said Dr. Nigel Fletcher-Jones, AUC Press director, upon hearing the news, adding: “Over many years, Banipal has been an indispensable support for AUC Press’s fiction publishing, creating a solid voice for Arab writers and showcasing a myriad of talent and ideas that surpass the stereotypical representation of our region.”

Based currently in Cape Town, Robin Moger is an experienced translator of contemporary Arabic prose and poetry. He has translated other novels from Arabic into English, including All the Battles by Maan Abu Talib (Hoopoe, 2017), Otared by Mohammad Rabie (Hoopoe, 2016), also entered for the 2017 Saif Ghobash Banipal Translation Prize, and Nael Eltoukhy’s Women of Karantina (AUC Press, 2014). Moger was one of the translators for Writing Revolution: The Voices from Tunis to Damascus (I.B. Tauris, 2013), which won the 2013 English PEN Award for outstanding writing in translation.

“Moger is a relatively new voice in Arabic literary translation and the full force of his talent is certain to be felt in the years to come,” note the judges in their report. “His work will make a tremendous impact on how Arabic literature is received in English translation.” 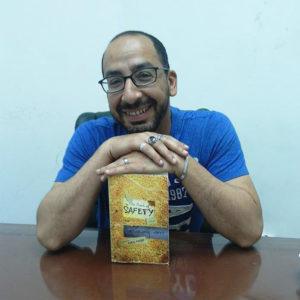 Egyptian novelist and journalist Yasser Abdel Hafez, described by the Banipal judges as “an author of truly original talent,” graduated in law from Ain Shams University in Cairo, and started work as a journalist when he was eighteen. The Book of Safety, his second novel, is an intriguing and unexpected narrative of modern Cairo.

In the plot Khaled transcribes testimonies at the Palace of Confessions, a shadowy state-run agency situated in a respectable Cairo suburb. There he encounters Mustafa Ismail, a university professor turned master thief, who breaks into the homes of the great and the good and then blackmails them into silence. Mustafa has dedicated his existence to the perfection of his trade and authored The Book of Safety, the ultimate guide to successful thievery.

Among the seventeen entries submitted for the 2017 prize, four novels, including The Book of Safety, made the shortlist in December. According to the Banipal press announcement, “The judges reported that they found their experience of reading for the prize utterly rewarding and are confident that quality Arabic literature, matched by subtle translation, is alive and well.” 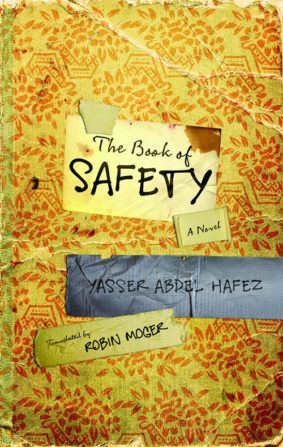 Khaled transcribes testimonies at the Palace of Confessions, a shadowy state-run agency situated in…