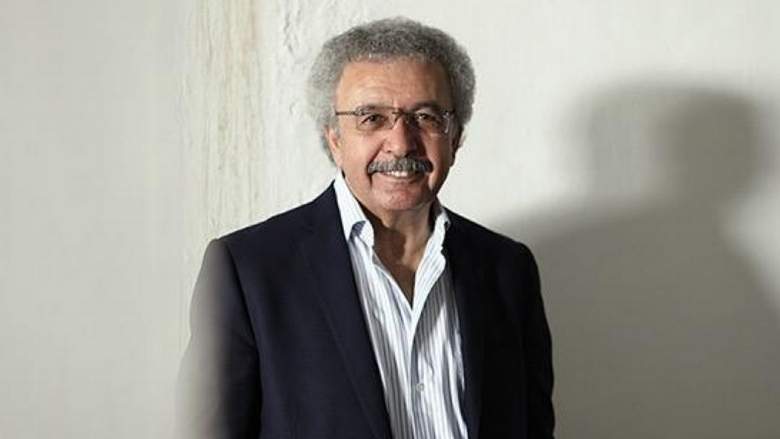 The Jordanian-Palestinian writer Ibrahim Nasrallah, author of the two Hoopoe novels, Gaza Weddings and Time of White Horses, and The Lanterns of the King of Galilee (AUC Press) won this year’s International Prize for Arabic Fiction, for his cautionary futurist and dark novel, The Second War of the Dog.

During the prize ceremony held last month in Abu Dhabi, Nasrallah noted that “[The novel] exposes the tendency towards brutality inherent in society, . . .  imagining a time where human and moral values have been discarded and anything is permissible, even the buying and selling of human souls.” Rashid, the protagonist, changes from an opponent of the regime to a materialistic and unscrupulous extremist.

Nasrallah said he wanted to “provoke the reader, to worry the reader” and send a warning that if “we continue on our current path, we will reach a future where we would become mostly annihilistic.”

“I was always preoccupied with man’s relationship to authority in its different forms, be it military, security, religious or social,” Nasrallah said in an interview with IPAF. “The idea [for The Second War of the Dog] had been in my mind for seven years and, as I usually do, I had started a file on it, where I wrote down every idea and thought which might be useful…. I have never written a novel before thinking about it for at least five years…. Although the novel doesn’t refer to Da’esh [ISIS] and extremist groups by name, yet it was written about those kinds of environments and also about international brutality.”

The Second War of the Dog, first published in Arabic in 2016 by Lebanon-based Arab Scientific Publishers, was chosen from among 124 entries from 14 countries.

Nasrallah is considered one of the most influential voices of his generation. His style of writing has been described as “intensely eloquent,” and “shimmering and sensitive.”

Among his 14 published novels, The Second War of the Dog is his first work of science fiction. “This is the first time that I write from this perspective, where everything is in the future,” Nasrallah told IPAF.  “Writers should not stop experimenting and renewing.”

Born in 1954 and raised in a refugee camp to Palestinian parents who were displaced from their land in 1948, he spent his childhood in the El-Wehdat Palestinian Refugee Camp in Amman. He became a journalist before turning to creative writing. Currently he lives in Amman, Jordan.

Now in its 11th year, IPAF, managed in association with the Booker Prize Foundation in London and supported by the Emirates Foundation in Abu Dhabi, is the most prestigious and important literary prize in the Arab world. The purpose of the Prize is to encourage recognition of high-quality Arabic fiction, reward Arab writers, and lead to increased international readership through translation. The shortlisted authors each receive $10,000. The winning author goes on to receive a further $50,000, with a commitment that IPAF will meet the cost of translating the winning novel into English for eventual publication.