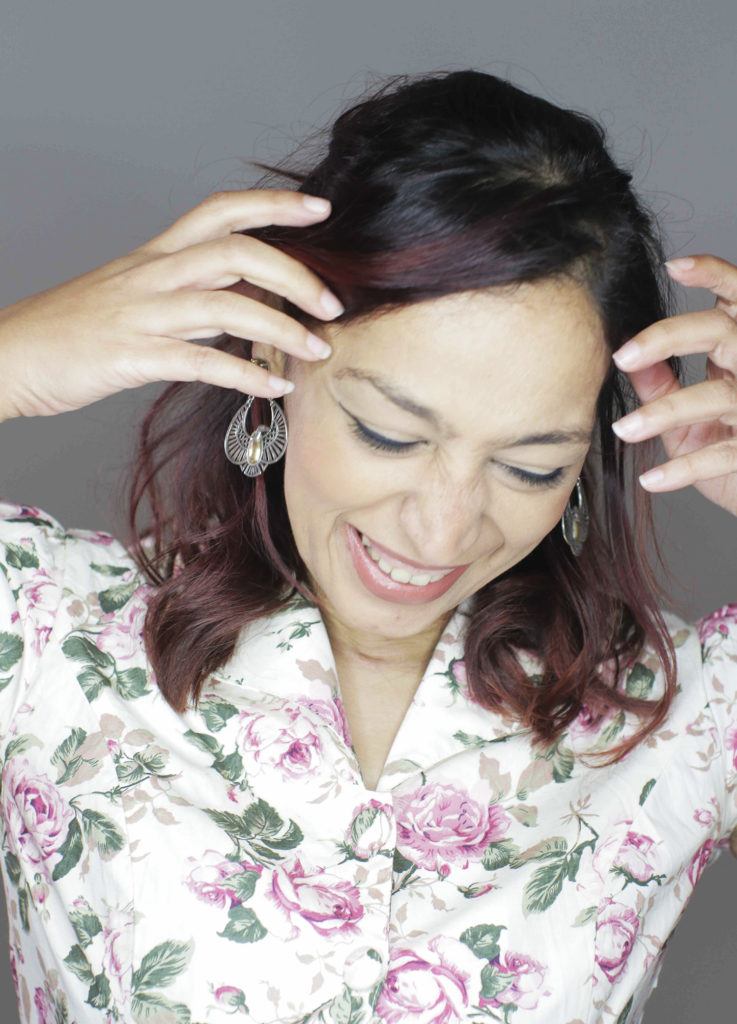 Donia Kamal is an Egyptian novelist and producer. She has produced more than fifty documentary films and numerous television shows for various Arab networks. Cigarette Number Seven, translated by Nariman Youssef, is her second novel.  One reader described it as “sad and beautiful.”

In her Seven Answers, Kamal tells about her writing, her characters, and her favorite anti-heroes.

Hoopoe: What emotion brings out your best writing?
DK: Instability. I write best when I feel that nothing is stable in my life, when I am confused, when I am making major life-changing decisions, and when I am on the move from one place to another, whether for work or for life changes. My worst writer’s blocks happen when everything in my life is in perfect place without any kind of drama.

Hoopoe: Do you hide any secrets in your novels that only a few people spot?
DK: I would not call them secrets but, yes, there are a few Easter eggs that only a limited number of readers can find and relate to. It is very satisfying when one reader comes to tell you that he/she took notice of a certain detail that you did not expect people to see!

Hoopoe: How do you come up with the names of your characters?
DK: I usually like to use real-life names. I do not prefer names that give away the nature of my characters or symbolize their behavior. Many writers do this and I find it very disappointing and it can even be a spoiler to the plot. That is why I try to find real names and sometimes I use my friends’ names only because they are real. When you read a real name, you can feel that you have met that person before. I also use the names that I love, like when you give birth to a child and have a bunch of names from which you pick from.

Hoopoe: How much of yourself is in your novels?
DK: A lot! I put a lot of myself in my writings. I wish I could put more. When I wrote my first novel, I never thought it would be published so I wrote a lot about what I was afraid to become and what I wished to be. When it was published, I was a little embarrassed by all the people who asked me if it was an autobiography. I felt “who am I to write my story!” But then I realized that it is anyone’s right to write his/her own story. It is more like therapy. The real bet is if your own story is interesting enough for people to read.

Hoopoe: What are some of your favorite words and why?
DK: In English I love the word “consistent”—it gives me a soothing feeling, as if there were things that can last if we make the right amount of effort. I also like the word “entitled”—I think it expresses a lot of discourse without the need for explanation. Its Arabic translation is also very expressive استحقاق. Honestly, up until now, I never thought there were certain words that I liked more than others.

Hoopoe: Is writing hard for you?
DK: No! What is really hard is to start writing, not the process itself. It is very hard to get myself to sit and write, but writing itself is a flow that I usually get once I give myself the push to start writing. Writing with a friend makes things easier. For the last year, almost, I have been writing with my friend Hilal Chouman, the Lebanese novelist, and he is really good at the process. When we sit together, he opens his laptop and starts writing consistently and he has that serious look on his face that pushes me instantly to start writing. Writing is a habit, so whenever I train myself to do it daily, it becomes easier.

Hoopoe: Who is your favorite fictional hero or heroine? Your favorite antihero or villain?
DK: My favorite fictional heroine is Clarissa Dalloway [from Virginia Woolf’s novel Mrs. Dalloway]. I like how her sexual identity is confused, how she is always arranging parties but in fact is lonely, how keen she is to keep up her social image, yet on a deeper level identifies with what happens around her. Clarissa is so real, with a lot of imperfections and perplexities, and an amazing ability to change.

My favorite fictional hero is Amin El Alfy from Alaa Al Deeb’s Ayam Wardia which also happens to be one of my favorite novels and certainly written by my favorite Arab writer. Amin is so broken he cannot be fixed. He has been broken by the years and by the experience of his generation. He is estranged by every single thing that exists around him, including by his own family. His dream has been lost in the constant defeats that he encountered—the failure of his love story, the political circumstances, his friends’ disappearances, etc. And in spite of everything, he remains transparent, honest, and genuine. But you can see how every loss and failure scarred his character. In my opinion, Amin El Alfy is one of the most genuine characters in Arabic literature.

One of my favorite anti-heroes would be Heathcliff from the classic, Wuthering Heights by Emily Bronte. Heathcliff is introduced as the genuinely evil character who is born with such a disposition, yet his unrestrained passion positions him as a natural lover in spite of all his unkind deeds. This kind of anti-hero is powerful, as it pushes me, the reader, to initially despise the character but then fall in love with him.
I also love the character of Dracula. The loneliness of this character is infinite. You cannot prevent yourself from sympathizing with him, even when he is sucking the blood of a new victim as he seeks to find company in his journey for eternity.

There is a long list of anti-heroe in my mind but let’s keep it to those two!

As a child, Nadia was left with her grandparents in Egypt, while her mother sought work in the Gulf….