Seven Hoopoe novels are among the twenty entries competing for this year’s Saif Ghobash Banipal Prize For Arabic Literary Translation.

On the ArabLit blog, Marcia Lynx Qualey writes, “There are a number of strong works in contention, with works by celebrated translators such as Marilyn Booth (with her beautiful translation of Hassan Daoud’s No Road to Paradise) and Mandy McClure (with her excellent, luminous translation of Adel Esmat’s Tales of Yusuf Tadrus).” 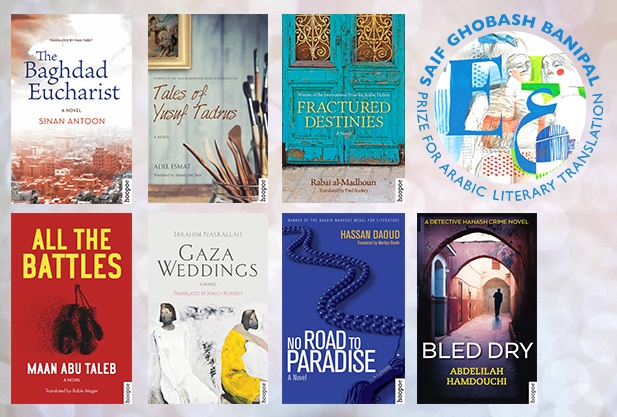 The other Hoopoe novels selected for the 2018 Banipal prize, in addition to No Road to Paradise (2017) and Tales of Yusuf Tadrus (2018), are All The Battles by Maan Abu Taleb, translated by Robin Moger (2017), Gaza Weddings by Ibrahim Nasrallah, translated by Nancy Roberts (2017), Bled Dry by Abdelilah Hamdouchi, translated by Benjamin Smith (2017), The Baghdad Eucharist by Sinan Antoon, translated by Maia Tabet (2017), and Fractured Destinies by Rabai al-Madhoun, translated by Paul Starkey (2018).

Embrace on Brooklyn Bridge by Ezzedine C. Fishere, translated by John Peate, published by AUC Press (2017), is also among the entries.

The Banipal Prize aims to raise the profile of contemporary Arabic literature and pay tribute to individual translators who bring the work of established and emerging Arab writers to the attention of a wider audience. Founded in 2006, the prize was established by Banipal, the magazine of modern Arab literature in English translation, and the Banipal Trust for Arab Literature. 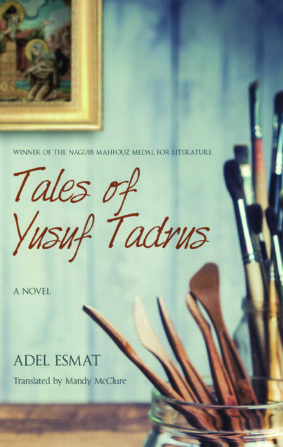 Born into a working-class Coptic family in the provincial town of Tanta, in Egypt’s lush Nile Delta,…

In a small Lebanese village a disillusioned imam, diagnosed with terminal cancer, must face his demo…