Veteran translator of Arabic fiction Nancy Roberts shared first prize of the 2018 Sheikh Hamad Award for Translation and International Understanding, in the category of translation from Arabic into English, for her renderings of Ibrahim Nasrallah’s Gaza Weddings (Hoopoe, 2017),  The Lanterns of the King of Galilee (AUC Press, 2015), Time of White Horses (AUC Press, 2012), and Spirits of Kilimanjaro (not yet published in English).

“There are two main elements that I think go into a successful literary translation. One, of course, is the faithful transmission of the basic content of the work—in any words, semantic accuracy. Then there’s fidelity to the spirit of the text: the ability to elicit the same kinds of mental images and emotional responses in the reader of the translation that the work’s author hoped to elicit in the readers of the original text,” explained Roberts to AUC Press.

“The difficult aspect of this novel has to do with the layers of reality being portrayed, ambiguous identities, and the overlaps between past and present,” said the American translator. “Gaza Weddings is the kind of novel you need to read at least a couple of times over to catch all its subtle nuances and hidden messages.”

The Palestinian author himself had this to say about Roberts’s work: “What I like most about her translation is how close it is to the heart. I feel that she transmits the spirit of my writing with great ability, so that I don’t feel her translation of my work to be separate from me; rather, I almost think that it is me writing. I think Roberts regards translation as a form of creativity, and that is what lends her work precision, beauty, and a magical quality,” Nasrallah told AUC Press. 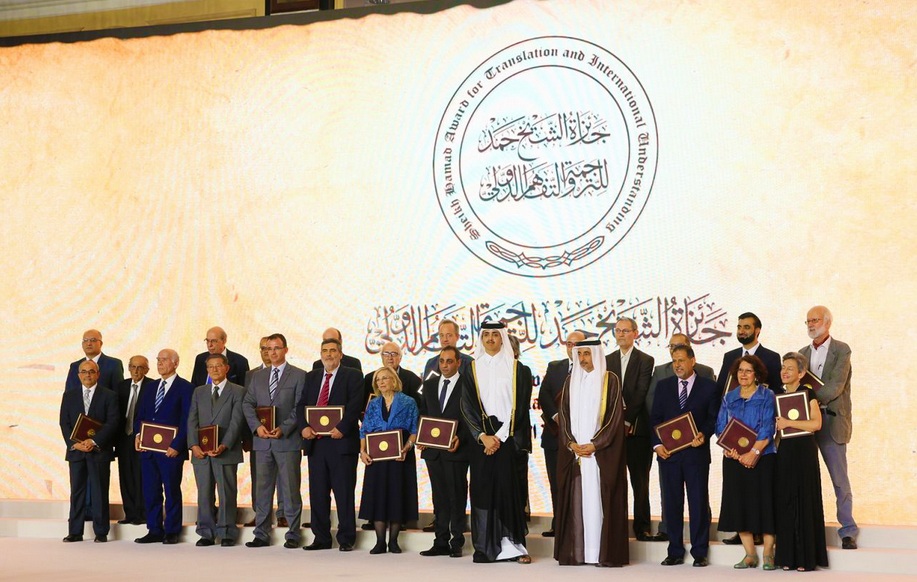 The Sheikh Hamad Award, founded in Doha, Qatar in 2015, seeks “to honor translators and acknowledge their role in building bridges between nations and peoples of the world.” Click here to watch the video of the award ceremony, which took place in Doha on 12 December 2018.