“I treat my writing time as a job”

Last month Ruqaya Izzidien’s The Watermelon Boys (Hoopoe, 2018) was shortlisted for the Betty Trask Prize and Awards. When the news reached her, the young Iraqi-Welsh writer tweeted: “Dizzy, tearful, dumbstruck . . . . Such a huge honor and recognition for my little book. Congratulations to all the shortlisters.” 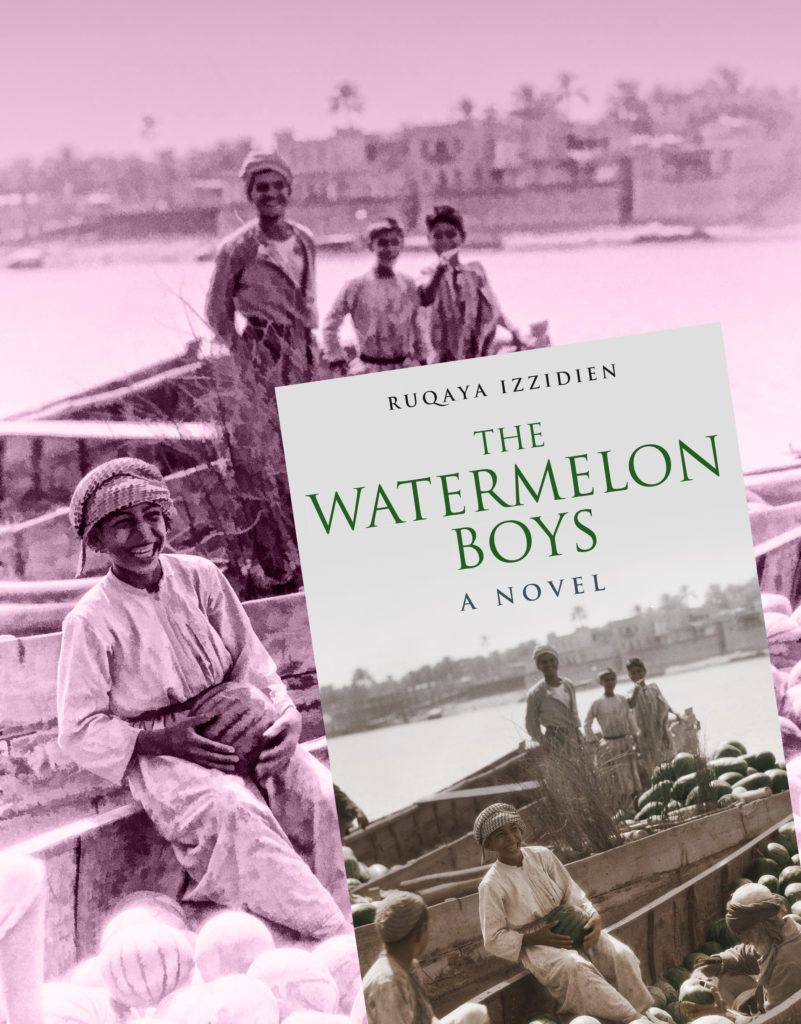 Her debut novel has been praised by reviewers and readers alike. “Izzidien’s great triumph is to illustrate how nuanced and knotty history can be,” wrote The National.  “Not many books have been written with such fluidity and power. This book was gut-punching incredible,” said Zubs J. Malik, a book blogger, on her Instagram page.

Set in the winter of 1915 in an Iraq engulfed by the First World War, The Watermelon Boys offers a powerful retelling of the history of British intervention in Iraq.

“First and foremost,” explained Izzidien in an interview, “it’s a story about a family trying to do the right thing, so I think it’s accessible to anyone. . . It deals with the British treatment and betrayal of Arabs, but through personal and—hopefully—nuanced fiction. So I would recommend this book to anyone who would like to know more about the influence of British colonial rule and suppression on today’s Arab political turmoil.” 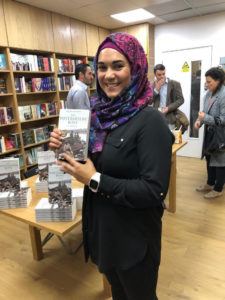 Hoopoe wanted to know more about her writing habits, the authors that are important to her, and how she feels after her debut novel. Here are her Seven Answers.

Do you need to be in a certain mood when you sit down to write?
It helps, but no. I treat my writing time as a job and that helps me to be disciplined about it. Most writers don’t have the luxury of writing when the mood strikes them and it’s a job that requires self-motivation. However, I do need a certain environment to write productively—I need solitude, quiet, and ideally a white-noise track playing!

How does the reader influence you?
Honestly speaking, I don’t really consider the reader during the writing process, and I think that’s the way it should be. I find it more productive to focus on the story you want to tell, and trying to make sure you create the best rendering possible. I feel much more connected to readers on the other side of the process—after the book has been published and when you’re able to interact with them online and in person.

What question as an author have you always wanted to answer?
I’ve been lucky to have nuanced and reflective questions about my book, so I don’t think there’s a question that I’ve wanted to answer that I haven’t had the chance to.

Does your life change once you write your first novel?
No. I’m not sure how it should change! I think getting your first novel published is a big step, and it can come with a lot of gratification, especially if you invested many years into it, but it’s certainly not life-changing, for most people anyway.

Which writers have inspired you?
A lot of my inspiration to write has come from the absence of voices like mine: many writers that we grow up reading can be problematic once you view them with more mature eyes. Recently I have been admiring the work of Akala, Chimamanda Ngozi Adiche, Susan Abulhawa, and Anthony Doerr, but I’ve also enjoyed the work of J. D. Salinger, Agatha Christie, and Henry David Thoreau.

Is there a published novel you would like to have written and why?
I think you can admire a novel for its art without coveting it as your own, so no.

Somebody recently wrote: “Can’t we have some international lit that’s just heartwarming delightfulness? How would you react to such a comment?
The work that individuals create is representative of their own experiences and if that comes from a background of war or oppression then it’s unethical to demand that they change their experiences for entertainment value. You’d be hard-pressed to find a novel from anywhere that’s pure ‘heartwarming delightfulness’ because every story needs conflict, so you could say this about any country, not just ‘international’ literature. Literature that comes from non-European countries is just as diverse as Western literature.