Last month, at the 2019 Society of Authors’ Awards in London, Ruqaya Izzidien‘s The Watermelon Boys  (Hoopoe, 2018) was one of the six winners of the 2019 Betty Trask Awards, bestowed annually by the prestigious Society of Authors’ Awards in recognition of the best and most promising first novels written by authors under the age of 35 in a traditional or romantic, but not experimental, style.

“This award is so rewarding to me because it feels like a victory for Arab voices and stories,” Izzidien told Hoopoe. “It is proof that the English-language literary scene stands a lot to gain from harnessing and promoting the lesser-told stories, even, and especially, when they challenge our comfort and our prevailing narratives.” 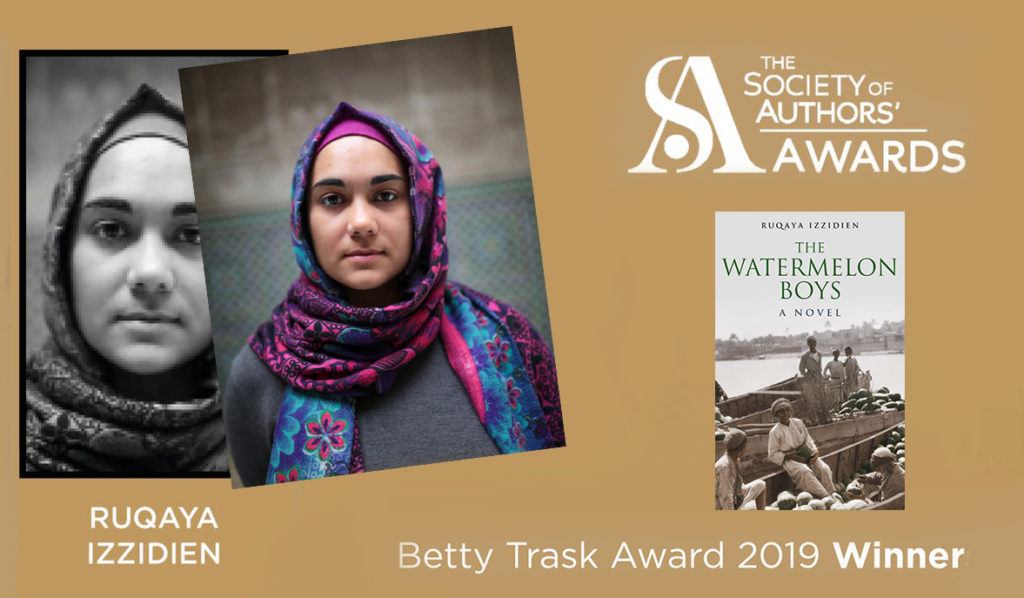 British writer Vaseem Khan, a judge of this year’s 2019 Society of Authors’ Awards, said about Izzidien’s novel: “Excellent historical fiction with a powerful family saga at its heart. The characters are real, their experiences grounded in reality, and the writing does justice to the large canvas. Stark and brutal at times, it vividly captures a moment in history that is relatively unexplored and pulls no punches in the accusations it makes. An accomplished debut.” 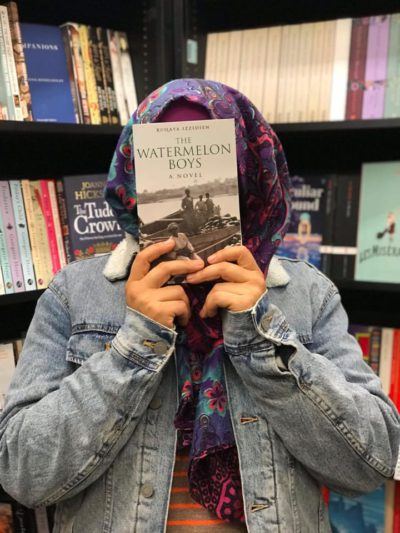 nd foremost,” explained the young Iraqi-Welsh writer in an interview, “it’s a story about a family trying to do the right thing, so I think it’s accessible to anyone . . . . It deals with the British treatment and betrayal of Arabs, but through personal and—hopefully—nuanced fiction. So I would recommend this book to anyone who would like to know more about the influence of British colonial rule and suppression on today’s Arab political turmoil.”

From the book description of The Watermelon Boys: It’s 1915: Hungry for independence from Ottoman rule, Ahmad leaves his peaceful family life on the banks of the Tigris to join the British-led revolt. Thousands of miles away, Welsh teenager Carwyn reluctantly enlists and is sent, via Gallipoli and Egypt, to the Mesopotamia campaign. Carwyn’s and Ahmad’s paths cross, and their fates are bound together. Both are forever changed, not only by their experience of war, but also by the parallel discrimination and betrayal they face. 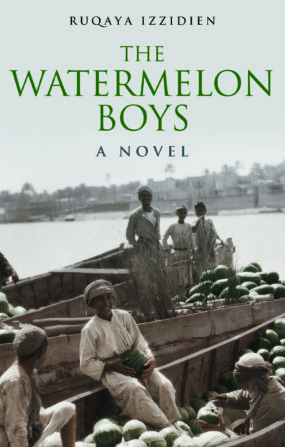 It is the winter of 1915 and Iraq has been engulfed by the First World War. Hungry for independence…