“Thank you! I feel very encouraged and glad that readers are enjoying my first novel whose journey was not an easy one!”

Such was the reaction of author Rana Haddad, whose book The Unexpected Love Objects of Dunya Noor was shortlisted for the Polari First Book Prize in July.

Haddad’s debut novel was among twelve books named on the shortlists for The Polari Prize and Polari First Book Prize, announced at London’s Southbank Center this past weekend. The Prizes recognize writers whose work explores the LGBT experience, whether in poetry, prose, fiction or non-fiction. The Polari First Book Prize, now in its ninth year, champions work by new writers. 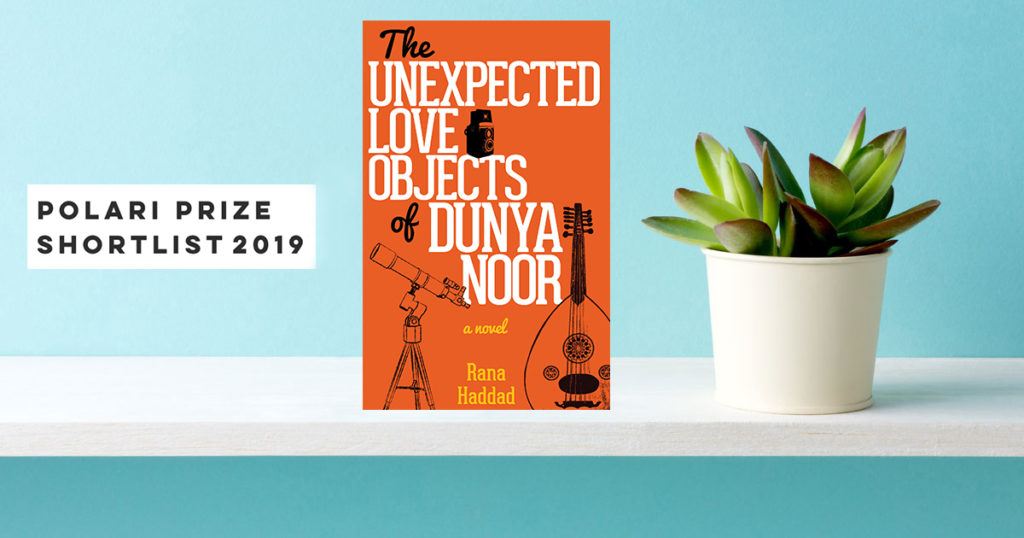 The other five novels shortlisted for the Polari First Book Prize 2019 are XX by Angela Chadwick (Dialogue Books), Attend by West Camel (Orenda Books), The House On Half-Moon Street by Alex Reeve (Raven), Soho by Richard Scott (Faber & Faber), and Next Lesson by Chris Woodley (Aurora Metro Books). The winner will be announced 22 October 2019 at the London Literature Festival.

Rana Haddad grew up in Lattakia, Syria, and moved to the UK as a teenager. She has since worked as a journalist for the BBC, Channel 4, and other broadcasters, and has also published poetry. The Unexpected Love Objects of Dunya Noor, her first novel, has been well received.  “[An] exceptional debut novel. Satirical and witty . . . there is a skillful lightness to Haddad’s writing,” writes Arab News.

In a past interview with Hoopoe, the young Syrian writer said: “Always do what they tell you not to do. Listen to your inner self, not to others. Look for something surprising.” So in other words, the unexpected?