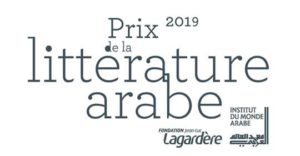 The French edition of Muhammad Abdelnabi’s Egyptian novel In the Spider’s Room (Hoopoe), translated into French by Gilles Gauthier (Actes Sud), under the title La Chambre de l’Araignée, has just been longlisted for the 2019 Prix de la Littérature Arabe.

Announced this week in Paris, the seven books longlisted for the prize include In The Spider’s Room—first translated from the original Arabic into English by Jonathan Wright, and published by Hoopoe (2018)—as well as Lebanese, Algerian, Moroccan, and Syrian novels. 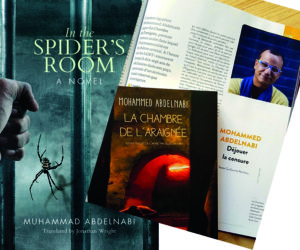 The Prix de la Littérature Arabe was established in 2013 by the Jean-Luc Lagardère Foundation and the Institut du Monde Arabe. It is awarded every year to a writer, a national of an Arab League country, and author of a published work—novel, collection of short stories, or poems—written in French or translated from Arabic into French. The winner receives Euros 10, 000.

In the Spider’s Room is a sensitive and courageous account of life as a gay man in Egypt. It is inspired by the infamous Queen Boat affair that targeted the country’s gay community, when police raided a night-club houseboat on the Nile in Cairo back in 2001.