The New York Review of Books on Khaled Khalifa’s novels 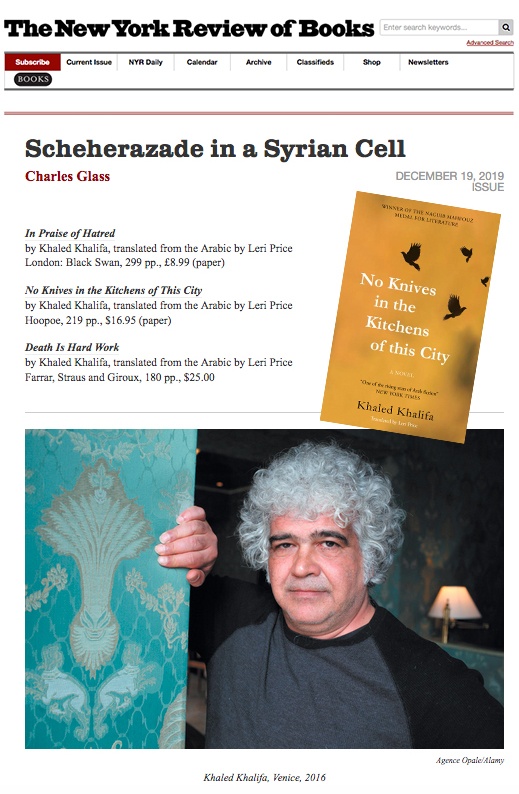 Last December, the New York Review of Books reviewed three of Khaled Khalifa’s novels, including No Knives in the Kitchens of This City, translated from the Arabic by Leri Price (Hoopoe, 2016).

“Khalifa’s fiction moves the Syrian novel beyond the postcolonial didacticism that afflicted previous generations of the country’s serious writers. Ideology is mercifully absent in it. Instead, his tales revolve around stronger motivating forces in Syrian life: hatred; love that excludes no express of longing, whether heterosexual, homosexual, or asexual; and most of all, fear,” writes Charles Glass in his piece entitled ‘Scheherazade in a Syrian Cell.’

He also pays tribute to the fine English renditions of Khalifa’s novels—“sensitively translated by Leri Price.” In fact Price has just been awarded the 2019 Saif Ghobash Banipal Prize for Arabic Literary Translation, for her Arabic to English translation of Khalifa’s latest novel Death is Hard Work.

To read more about No Knives in the Kitchens of this City, click here.