On March 30, Syrian writer and journalist Rana Haddad, author of The Unexpected Love Objects of Dunya Noor (Hoopoe) was invited to talk about her novel on ‘Middle East Matters,’ a weekly show on the French international news television network France 24, on the occasion of the 10th Anniversary of the Civil War in Syria (March 15, 2021). 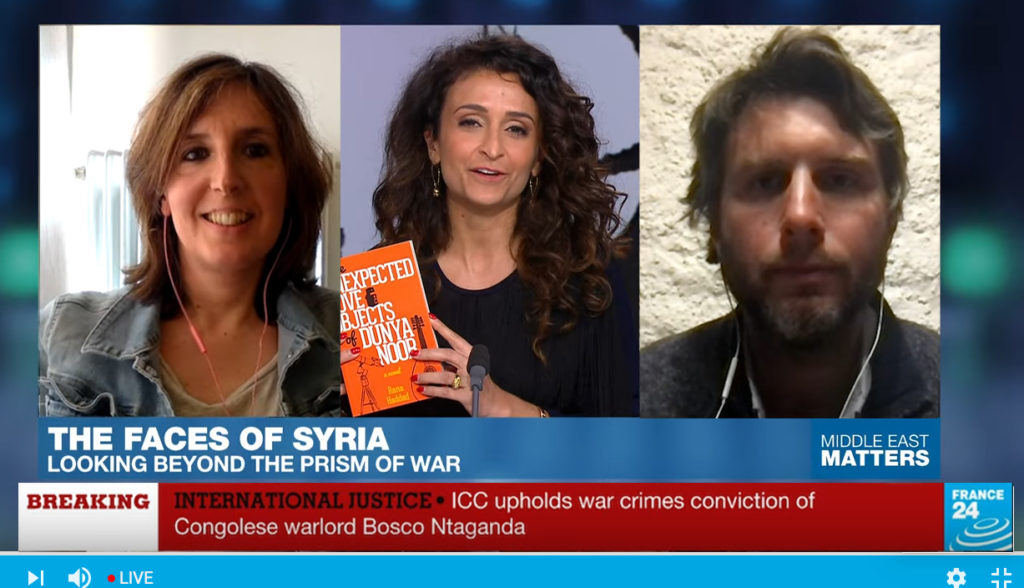 France 24 reporter and show host, Sanam Shantyaei, called Haddad’s novel “An amazing book . . . peppered with satire and comic moments . . . [you] understand that there is so much more to this extraordinary country [Syria] than just war.”

The other guest on the show to talk about Syria was award-winning French reporter, author, and documentary film director Alfred de Montesquiou.

More than just war. @sanamf24 breaks down the Syrian cliché with writer @SyrianMoustache and reporter @AdeMontesquiou.