“Khalifa does a fantastic job of making every character sympathetic”

Stephen Lee is a voice artist,  actor, and poet from London. With numerous credits in voicework for Sega, MOX Creative, Words and Pics, and Book Buddy Media, as well as screenwork for NBC and the Amazon Prime series, Hanna, Khaled Khalifa’s No Knives In The Kitchens of This City, translated by Leri Price (Hoopoe, 2016) is his debut audiobook.

Hoopoe interviewed him recently to find out what it was like to read Khalifa’s internationally acclaimed novel.

Hoopoe: You said No Knives in The Kitchens of This City is “a truly fantastic book” and that on the final page you had to pause because you got very emotional (“to stop the tears!”). Why or what moved you about Khaled Khalifa’s novel?

Lee: There are so many tragedies in the book, some long, some dramatic and fleeting. But each reinforces the state of a society where true freedoms are crushed and love is so often second best to societal expectations. Khalifa also does a fantastic job of making every character sympathetic by giving you just enough understanding of their life to understand their actions, no matter how tragic.

Hoopoe: Which character did you find the most challenging to give a voice to?

Lee: There aren’t many voiced lines in the book but I felt particular difficulty with Uncle Nizar. As a homosexual and an artist, he needed a certain levity to him, but knowing his story, his life, and the hardships he’d endured, he also had to express it in a way that respected the sadness that lived inside him. 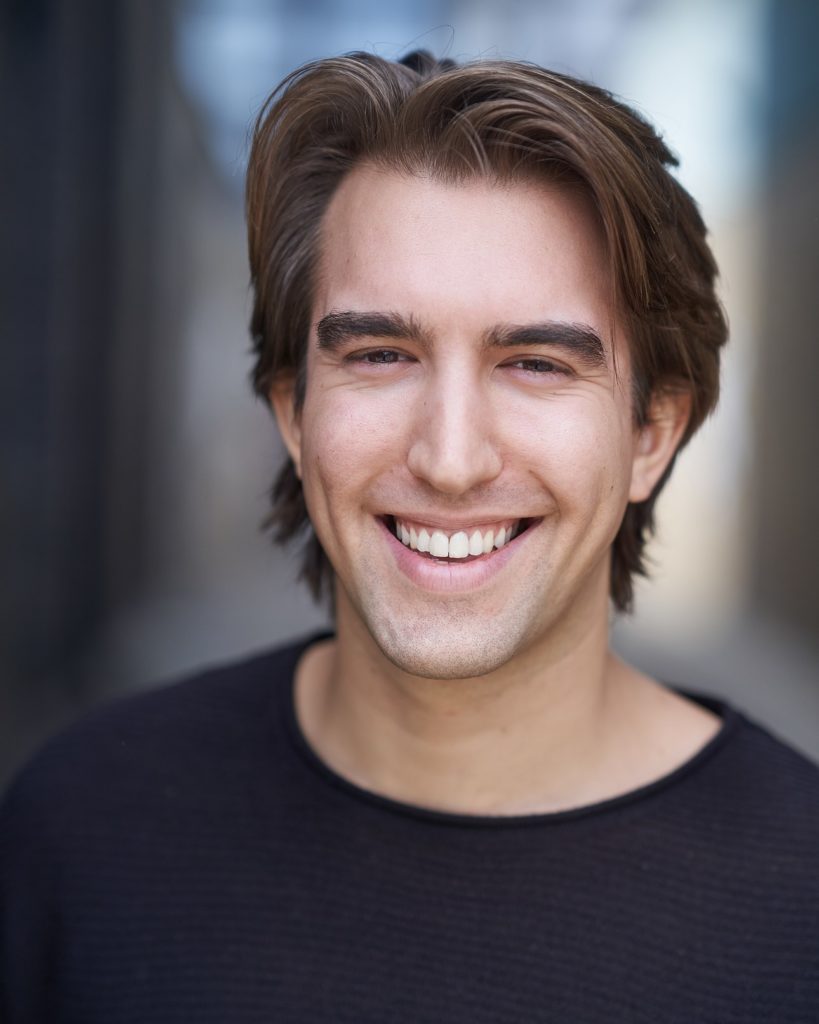 Hoopoe: In its review of the novel, The New York Times wrote: “[Khalifa is] one of the rising stars of Arab fiction . . . a rare public voice.” Was working on such a book, and reflecting Khalifa’s voice through your reading, an eye opener for you on the situation in Syria?

Lee: Definitely. I was very young when the Iraq war began so I don’t know much about the situation, especially from a Syrian viewpoint. The retelling of those early days from a Syrian perspective was an incredible eye-opener to what that conflict meant to so many people. The radicalization of one character into a Jihadi was incredibly touching throughout the book, as Khaled does a fantastic job of not judging anyone and that in turn helps the reader see things with a more objective, and certainly less Western, viewpoint.

Hoopoe: How did you prepare for the audiobook? How much research did you do on the author and this novel before you got started?

Lee: There was little prep time to be honest! I of course read a few articles about Khalifa and his other novels and reviews of No Knives. However, ultimately I like to come to things without too much predisposition to a particular standpoint so as to give my own reading of the book and not what someone else tells me it’s about. For me the book had a very strong poetic voice and I felt instantly very connected with the sadness and retrospect that encapsulated so much of the story.

Hoopoe: Was your aim to remain neutral while reading or, to the contrary, was it somehow more natural to get drawn in by the characters and their predicaments in order for your voice to reflect the tone of Khalifa’s writing?

Lee: For me the narrator in the book is Khalifa, inside the world, retelling these stories, and so it felt appropriate to lean into a less neutral and more character-based reading. This comes through more in the darker parts of the story, but yes, to keep connected to the world and the characters as if it were my story and my family was very important to the tone of the story and the way the book wishes to be read.

Hoopoe: Undoubtedly there is a certain amount of rehearsing and voice training that goes into preparing for an audiobook. How often did you have to re-read the various segments and were some more challenging than others? 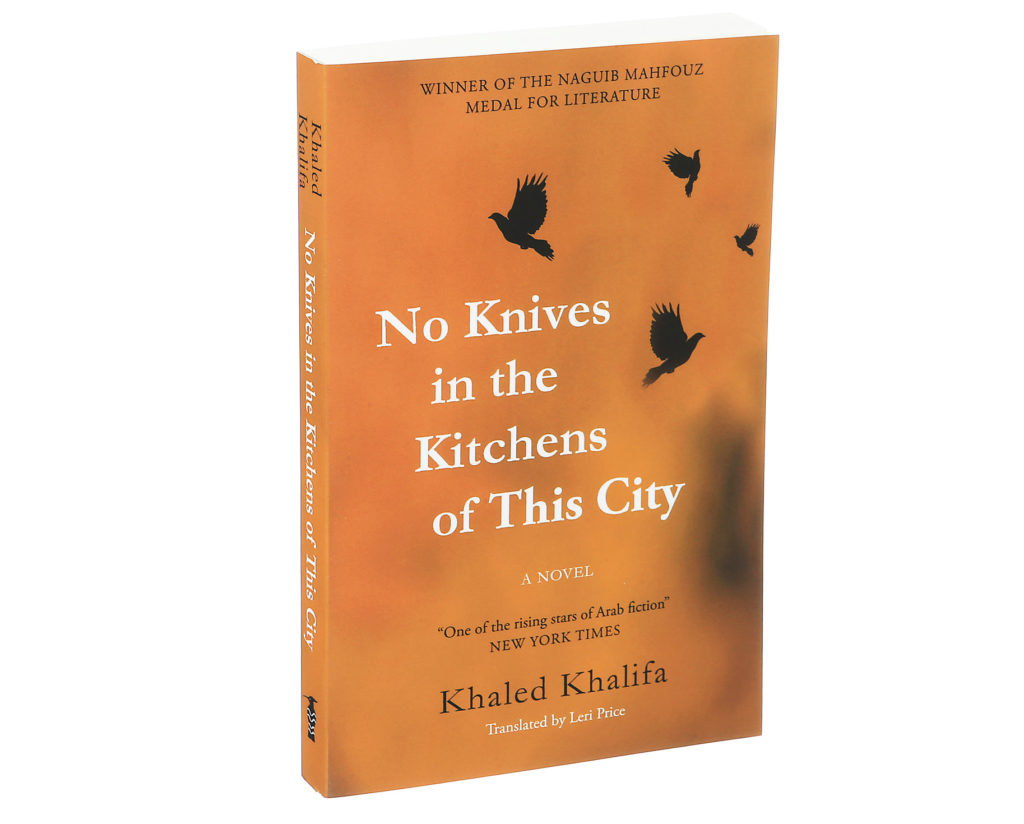 Lee: One of the toughest aspects of the read was of course the language, names, and places, as I am not familiar with the pronunciation of Arabic words. But ultimately it often comes down to the length of an idea or thought. It’s easy to break things up into sentences but often I prefer to do a full take of a thought, which may take a sentence or two, but also maybe a paragraph.

Hoopoe: How many hours in total did you record for the final audio track?

Lee: It is quite difficult to say really, but several hours a day for two weeks, and then a few more hours on the edits. I’m sure somewhere around forty hours, if not more.

Hoopoe: What does an audiobook deliver that a book can’t?

Lee: A storyteller. And with that you’ll be guided. This can help make things clearer and bring characters more to life as well as give a depth of understanding.

Hoopoe: Is it hard reading for an audiobook? Do you have to be in a certain mood for the voice to be relaxed and adaptable to the text?

Lee: No, not at all. That’s part of my training—to always be ready to work, and with whatever text. However, as this was my first audiobook, it was definitely a big learning process throughout. But it’s always easier when the writing is strong and you feel connected to the story, and that was certainly the case here.

Hoopoe: Why do you think audiobooks are becoming so popular?

Lee: The storytelling aspect I think. It’s easy to say that it’s simply the ease of access but I think many people find audiobooks a great way to relax without completely switching off. If you’ve been at a computer all day, your eyes will be tired and your mind will be hectic with all the needs and worries life brings us. Switching on an audiobook is an opportunity to allow ourselves to relax and still be invested in something that nurtures us, expands our knowledge, and ultimately brings a wealth of experience and understanding to our lives. (And you can do it with your feet up and a cup of tea.)