“In fiction one is always allowed to break rules” 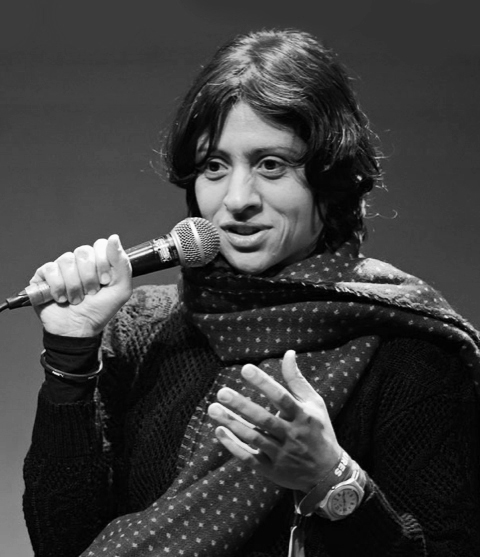 Basma Abdel Aziz is an award-winning writer, sculptor, and psychiatrist, specializing in treating victims of torture. A weekly columnist for Egypt’s al-Shorouk newspaper, she was named a Foreign Policy Global Thinker, and a Gottlieb Duttweiler Institute top influencer in the Arab world. A long-standing vocal critic of government oppression in Egypt, she is the winner of the Sawiris Cultural Award, the General Organization for Cultural Palaces Award, and the Ahmed Bahaa-Eddin Award. Her critically acclaimed debut novel The Queue won the English PEN Translation Award and has been translated into Turkish, Portuguese, Italian, and German. She lives in Cairo.

We spoke to her recently about her new novel Here Is the Body, translated by Jonathan Wright, and published by Hoopoe (2021).

“The Queue . . . has drawn comparisons to Western classics like George Orwell’s 1984 and The Trial by Franz Kafka.”—The New York Times. What was your reaction when such reviews appeared about your debut novel?

Abdel Aziz: I did not see it coming! While writing The Queue, I was totally absorbed in the life of its characters. I felt one of them was waiting endlessly, trying to cope, suffering boredom and exhaustion, and looking for rest. I started to feel that The Queue was an essential part of my life, that it came to be my actual life, that I was able to eat, drink, and do all my activities, while writing. My eyes were attached to the screen, the words were multiplying and the queue was growing longer. What else would be more Kafkaesque? And what would be a bigger Orwellian nightmare? However, I was hugely surprised when my novel caught the attention of acclaimed literary critics. It was like finally being able to  leave the queue and watch what was happening from outside. Quite an achievement!

Was it harder to write Here Is a Body after the international attention and huge praise you got for The Queue?

Abdel Aziz: Actually it was not. The idea for Here Is a Body had been flourishing in my mind over the past few years. It grew out of an event I had witnessed closely, at least partly, and I felt crushed by its monstrous details. No one dared to stop it. No one could even talk frankly about it and accusations arose as a way to deter anyone who tried to highlight the crimes.

The novel was there, living and maturing day by day. I just had to choose when to pick up my pen. The difficulty came from the fact that I had to face again some disastrous events, and re-experience unmanageable pain, and then turn it all into a good read, telling readers about the other side of the story, what really happened, and how ugly the truth is.

Here Is a Body represented a vivid memory and a huge challenge; I found myself trying to overcome numerous lies, expose fake stories, and unveil the inhuman face of authoritarianism. With all my heart, I wanted to work against the reshaping of history by conjuring up the whole scene again before watching eyes, no matter how much criticism or praise I received as a result.

In both The Queue and Here Is a Body you take on very sensitive topics such as authoritarianism, torture, religious rhetoric, and political oppression. What advantages do you see in writing about such serious issues as fiction?

Abdel Aziz: For me, the subject determines the style of writing; some topics are to be handled in a matter-of-fact style, while others lend themselves to a short story treatment or a novel. I let the topic lead my preference.

The advantage I see, even with serious issues like authoritarianism and oppression, is the liberty that fiction always allows the writer. With nonfiction the writer must stay close to the ground, stick to the facts, and carefully check every single detail. This minimizes your room for maneuver, especially when you live in a place where there is no transparency, where information is routinely hidden or even erased, where you can’t find the documents you need, and where you are faced with many obstacles during your research.

Let’s say that in fiction one is always allowed to break rules, to describe what one feels, not just what one thinks. You can say what is in your heart, combined with what goes on in your mind, without restrictions, without walls. Also, fiction is sometimes perceived as being easier to read than an academic book. A complex topic can be made more approachable if its main ideas are explored through a light form of writing, like a novel. On the other hand, sometimes academic writing is necessary. I have chosen that form for some of my other books. 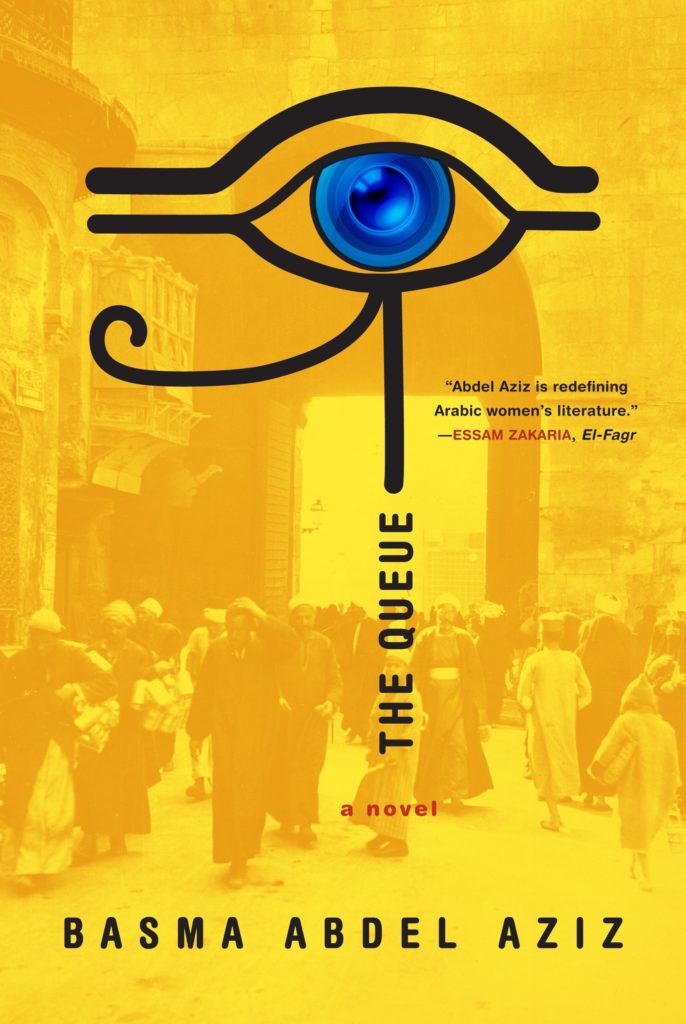 Where did the initial idea for Here Is a Body come from and how did it develop?

Abdel Aziz: It came directly from reality on the ground! The narrative thread of ‘The Camp’ developed as I noticed the sudden disappearance of homeless boys and girls from the streets of Cairo. I took notes and extended my line of questioning, trying to explore what fate they were led to, what would have been the reasons for their disappearance, and what might be behind it. The second narrative threat, that of ‘The Space,’ also has its roots in reality; it’s the massacre that was committed years ago, in which hundreds of people were killed, while the rest were detained, and left to die in prisons; the victims were pictured as devils, while the perpetrators washed their hands of their blood, dehumanizing those who were still alive, and finally, rewriting history. A mixture of these two threads was the initial core idea I chose for the novel. It gave me the opportunity to tell a considerable part of what has really did occur, but also to imagine what was not seen.

Did you learn something about yourself while writing the novel?

Abdel Aziz: I guess yes! I discovered that I can keep writing for hours on end. Despite sleeping for only three hours per day, I never wrote as well as I did when working on Here Is a Body. It was my best writing experience yet.

How closely did you work with Jonathan Wright, the translator of your book?

Abdel Aziz: Jonathan Wright is a fantastic and very clever translator. When he finished the draft of his translation he sent me a long list of questions which I answered either in Arabic or in English. I used the two languages, depending on the nature of each question, and he was so smart at picking up the ideas behind each phrase and word. I enjoyed answering his questions and I hope he enjoyed working on the translation.

Do you like it that your writing is described as dystopian and what does that genre really mean to you?

Abdel Aziz: Honestly, I am not that fond of divisions and descriptions when it comes to literary writing. I guess my writing is much more realistic than dystopian, tackling what is already out there and what is presented to us as a default setting. A dystopia, as most people understand the term, offers a futuristic, dark, and often sinister take on events, but when talking about what is taking place in reality, what we have already faced or are still facing, I prefer to describe things in a different way. But maybe we are living in a dystopia, maybe the facts we are experiencing are just beyond our imagination. I am not sure. I just feel that these literary definitions don’t address the changes taking place worldwide in a proper way. 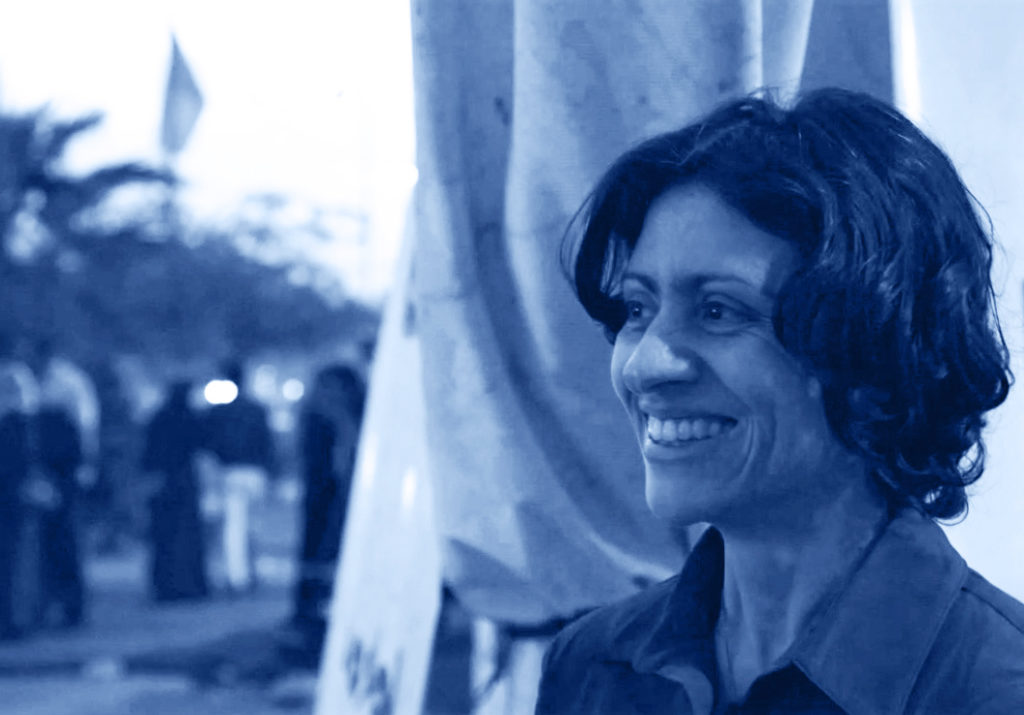 When and where do you do your best writing?

Abdel Aziz: I write any time and everywhere. Years ago, I used to have some rituals. I had my preferred places and I was more comfortable writing at night but now I carry a paper and pen in my bag and I write in the street, in my office, at the club, but also in my car when I am stuck in a traffic jam. Writing works for me in any situation.

How does having a medical background and being a practicing psychiatrist affect your writing?

Abdel Aziz: I guess having a medical background is highly enriching for me as a writer, especially with psychiatry as my specialty. Studying psychology gave me the tools to understand human behavior, to analyze it, and to simplify what could look complicated. Would this be easier if I had studied literature? I don’t think so because my main interest is the relationship between oppressive authority and oppressed people, an area that requires deep insight into human nature and an examination of motives, balances of power, failure, and success. Psychology helps me to deconstruct all of this in a reasonable, and hopefully wise and insightful way.

Why do you write? What do you get out of it?

Abdel Aziz: I write because I cannot cease to write. It is a need before being anything else. I will express my ideas one way or another. I used to paint and sculpt, in addition to my writing, but there was not enough time so I chose to concentrate solely on the latter. 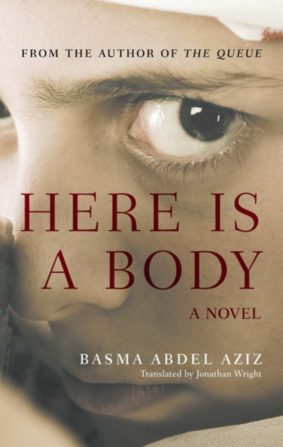 In this follow-up to her PEN Award-winning novel, The Queue, an electrifying new voice in Arab women…