November Hoopoe fiction give away

This month Hoopoe is offering you the chance to be one of the three lucky winners to receive a free copy of the gripping novel The Night Will Have Its Say by the International Booker Prize finalist Ibrahim al-Koni, translated by award-winning translator Nancy Roberts (Hoopoe, 2022).

To enter the draw, simply fill in this Google form with your email.

Three winners will be randomly selected from all the participants, one from North America, one from Egypt, and from the rest of the world. 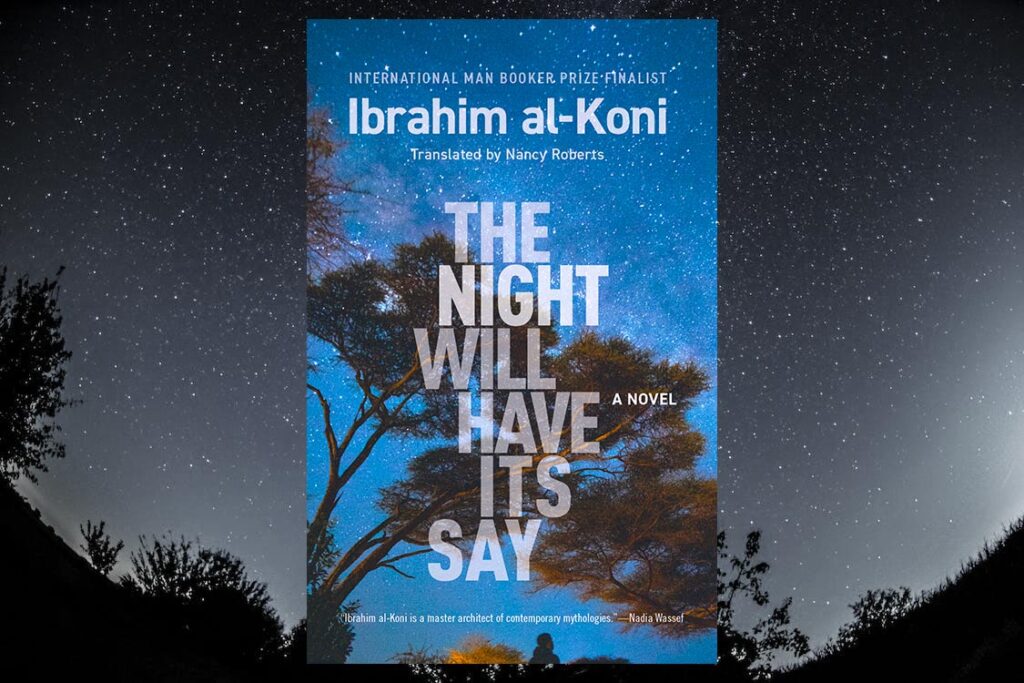 The year is 693 and a tense exchange, mediated by an interpreter, takes place between Berber warrior queen al-Kahina and an emissary from the Umayyad General Hassan ibn Nu’man. Her predecessor had been captured and killed by the Umayyad forces some years earlier, but she will go on to defeat them.

The Night Will Have Its Say is a retelling of the Muslim wars of conquest in North Africa during the seventh century CE, narrated from the perspective of the conquered peoples. Written in Ibrahim al-Koni’s unique and enchanting voice, his lyrical and deeply poetic prose speaks to themes that are intensely timely. Through the wars and conflicts of this distant, turbulent era, he addresses the futility of war, the privilege of an elite few at the expense of the many, the destruction of natural habitats and indigenous cultures, and questions about literal and fundamentalist interpretations of religious texts.

Al-Koni’s masterly account of conquest and resistance is both timeless and timely, infused with a sense of disaster and exile—from language, the desert, and homeland.  Read an excerpt. Ibrahim al-Koni was born in the northwest of the Sahara Desert in Libya in 1948 and learned to read and write Arabic at the age of twelve. He has been hailed a magical realist, a Sufi fabulist, and a poetic novelist, and his more than eighty books contain mythological elements, spiritual quests, and existential questions. His books have been translated into thirty-five languages and include Gold Dust, The Animist, The New Oasis, The Puppet, and many more. Among the many literary prizes to his name, he has been awarded the Sheikh Zayed Prize for Literature and was shortlisted for the International Booker Prize. He currently lives in Spain. Nancy Roberts is an award-winning translator of a number of Arabic novels including Salwa Bakr’s The Man from Bashmour, for which she received a commendation in the Saif Ghobash Banipal Prize for Translation, and Ibrahim Nasrallah’s Time of White Horses, The Lanterns of the King of Galilee, and Gaza Weddings, for which she was awarded the 2018 Sheikh Hamad Prize for Translation and International Understanding. She lives in Wheaton, Illinois.

“Rich and resonant”— The Irish Times

“I loved The Night Will Have Its Say. Ibrahim al-Koni weaves a magical tale of a world where female power and the polyphony of the feminine are a given, where the earth and the heavens are in constant dialogue, and where ancestors and scriptures are alive and present.”—Nadia Wassef, author of Shelf Life: Chronicles of a Cairo Bookseller

“One of the Arab world’s most innovative novelists”—Roger Allen, University of Pennsylvania

“The desert setting is al-Koni’s strength: its expanse, desolation, and mystery are powerfully evoked.”—Banipal 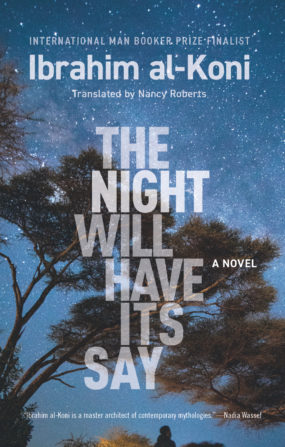