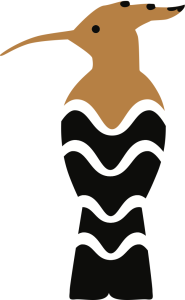 We’re seeking fresh writing from Marrakesh to Baghdad and Khartoum to Aleppo for adventurous readers everywhere. From historical epics, social satire, police procedurals and stories of the future Middle East: we will publish the exciting and the unexpected.

hoopoefiction.com is a place of discovery for our growing community around the world, where we’ll share inspiring writing from the Middle East and where readers can explore interviews with our authors and commentaries from our translators and editors.

What can you expect?

Hoopoe will appeal to bookworms of historical fiction set in far-flung lands, thriller lovers with a taste for intrigue, and crime fanatics who crave Noir. It is for the curious, growing Arab diaspora; students of and visitors to the Middle East; and those with a professional interest in the seismic changes reshaping people’s lives across this enigmatic part of the world.

Hoopoe is an imprint of the AUC Press, for over half a century the leading publisher of Arabic literature in English translation and wide-ranging books about the Middle East. Our home is above the renowned AUC Bookstore, overlooking Cairo’s Tahrir Square.

Our authors are world-renowned and include Naguib Mahfouz, the only Arab writer to be awarded the Nobel Prize for Literature. Mahfouz was followed to the Press by uniquely talented writers who received wide critical acclaim in English translation, including Ibrahim al-Koni, Sahar Khalifeh, Alaa Al Aswany, Gamal al-Ghitani, Miral-al Tahawy, and Yusuf Idris.

What is a hoopoe?

A hoopoe is a beautiful bird found across the Middle East, known for its distinctive crown of black and chestnut feathers. Like the cuckoo, its name is derived from its unique call.

In his famous epic The Conference of the Birds, Sufi poet Farid ud-Din Attar casts the hoopoe as the leader of all birds and the storyteller on the flock’s quest for enlightenment.

In the Qur’an the hoopoe is depicted as a trusted messenger, carrying messages between Solomon and the Queen of Sheba; while in ancient Egypt the hoopoe was sacred and was a symbol of the heir apparent to the throne.

Hoopoe: Stories from the Middle East