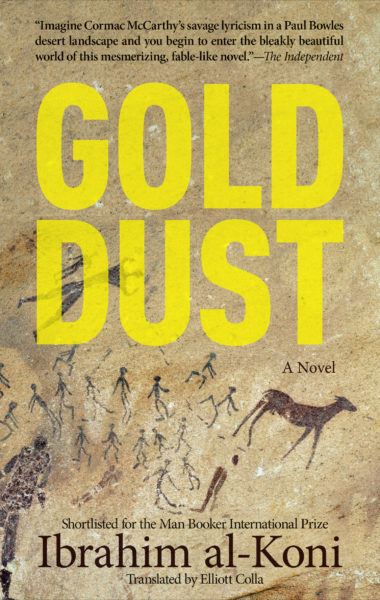 Gold Dust is a classic story of the brotherhood between man and beast, the thread of companionship that is all the difference between life and death in the desert. It is a story of the fight to endure in a world of limitless and waterless wastes, and a parable of the struggle to survive in the most dangerous landscape of all: human society.
Rejected by his tribe and hunted by the kin of the man he killed, Ukhayyad and his thoroughbred camel flee across the desolate Tuareg deserts of the Libyan Sahara. Between bloody wars against the Italians in the north and famine raging in the south, Ukhayyad rides for the remote rock caves of Jebel Hasawna. There, he says farewell to the mount who has been his companion through thirst, disease, lust, and loneliness. Alone in the desert, haunted by the prophetic cave paintings of ancient hunting scenes and the cries of jinn in the night, Ukhayyad awaits the arrival of his pursuers and their insatiable hunger for blood and gold.

“One of the Arab world’s most innovative novelists”—Roger Allen, University of Pennsylvania.

"Al-Koni's descriptive powers and the urgency of his narrative make Gold Dust [italic] a gripping, moving tale that sweeps the reader on towards its tragic conclusion."—Banipal.

“Imagine Cormac McCarthy's savage lyricism in a Paul Bowles desert landscape and you begin to enter the bleakly beautiful world of this mesmerising, fable-like novel.”—The Independent.

"Its lyrical prose exudes the unique breath of desert life and a mystical taste of the afterlife."—Arab News. 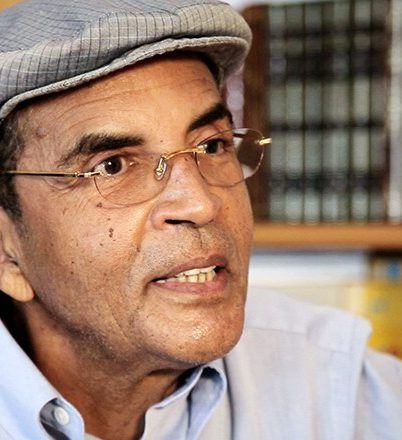 Ibrahim al-Koni was born in the northwest of the Sahara Desert in Libya in 1948 and learned to read and write Arabic at the age of twelve. He has been hailed a magical realist, a Sufi fabulist, and a poetic novelist, and his more than 80 books contain mythological elements, spiritual quests, and existential questions. He has been awarded many literary prizes, including the Sheikh Zayed Prize for Literature, and has been shortlisted for the Man Booker International Prize. His books have been translated into 35 languages. He currently lives in Salou in Spain.
Elliott Colla is a translator and an associate professor of Arabic and Islamic studies at Georgetown University. His translation of Gold Dust was shortlisted for the Saif Ghobash-Banipal Prize for Arabic Literary Translation. 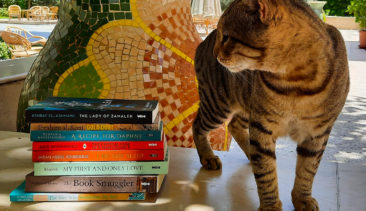 Can’t decide what to read this summer? He has some great suggestions for you! Here are eight great Hoopoe novels to travel to….