Murder in the Tower of Happiness 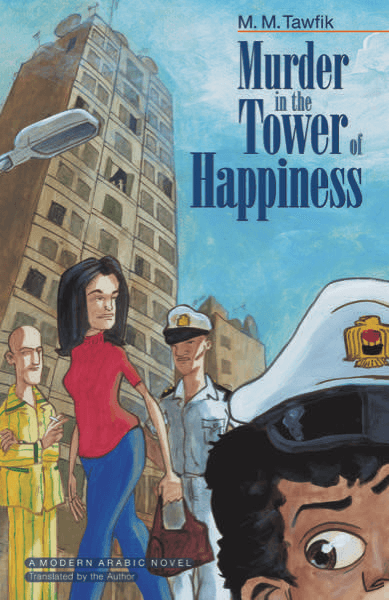 Buy Murder in the Tower of Happiness
Where to buy

Buy Murder in the Tower of Happiness

“When the first armchair smashed into the asphalt, Sergeant Ashmouni was at his usual spot on the median of the Nile Corniche, trapped by the road’s twin currents turbulently flowing forth to Maadi and back to Old Cairo. He was wiping the sweat away from his eyes with his worn out sleeve—and in the process adding a new stain to his white traffic-police uniform—when surprise from the thunderous impact catapulted him into the fast lane of the side of the road closest to the Nile.”

Thus opens this fast-paced city thriller laced with dry humor that takes us inside Borg al-Saada—‘Tower of Happiness,’ one of the luxury high-rises planted like alien bodies amid the fields along the Nile south of Cairo—and inside the sordid lives and lavish lifestyles of its superrich and famous denizens. The naked, strangled body of Ahlam, a beautiful young actress, is discovered in one of the elevators, and as the police investigation gets under way, we meet many of the tower’s strange characters: the owner’s agent, Kasib Bey, overweight, toupeed, and decked in gold chains; wealthy contractor Abd al-Tawab Mabruk Basha (Tutu Basha to his friends), insomniac since Ahlam’s murder; Abd al-Malak, a psychic with a Ph.D. in genetic engineering from MIT; Farah, his erstwhile sweetheart, who has become one of the very candy dolls she used to scorn; belly-dancer Lula Hamdi, who would be able to see Timbuktu if she stood on top of a pile of all her money; Madame Esmeralda, the society lady from Chile; and the homely Dr. Mahgub, somewhat less well off than his neighbors. And of course there is Antar—the naughty boy—who roams the tower, enters apartments, and overhears conversations, unsettling and exposing the decadent occupants and their relationships. 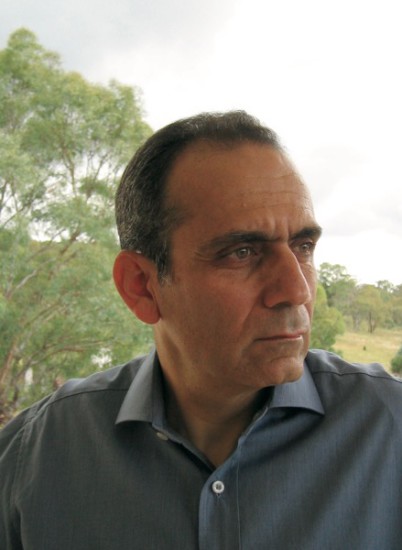 M.M. TAWFIK was born in Cairo in 1956. He earned degrees in civil engineering (Cairo University), international law (University of Paris), and international relations (International Institute of Public Administration in Paris) and has pursued careers in engineering, diplomacy, and writing. A member of the Egyptian Writers Union, Pen International, the Geneva Writers Group, and ACT writers of Australia, he conducts an online writers’ workshop, and is literary editor of arabworldbooks.com, an online magazine. He is the author of three volumes of short stories in Arabic, from which a selection was made and published in English in Cairo in 1997 under the title The Day the Moon Fell, and two novels.