"Truly the novel that the Palestinian catastrophe has awaited."
—Salma Khadra Jayyusi 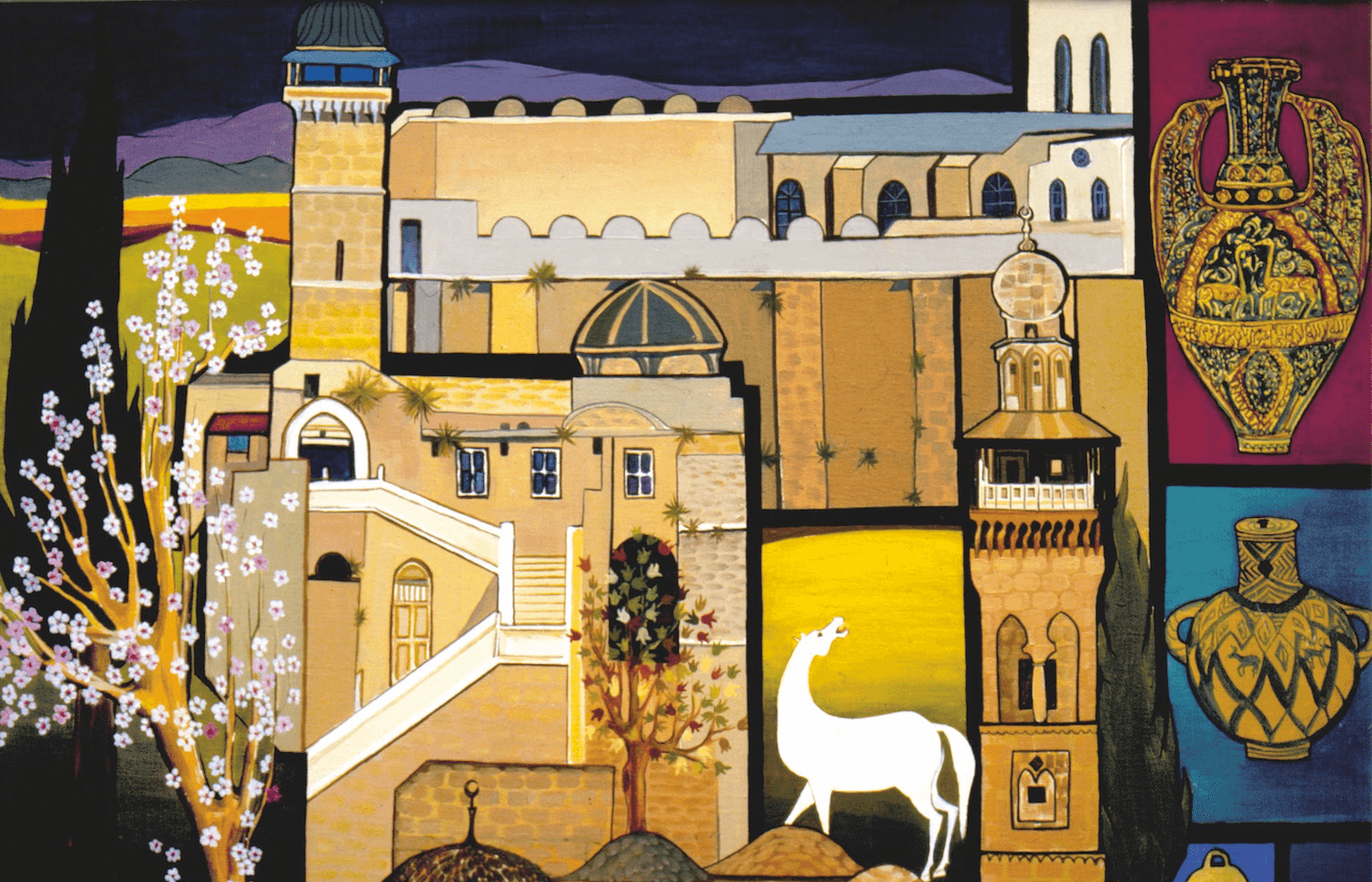 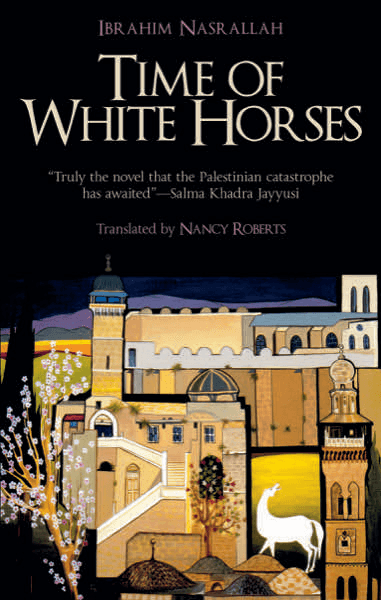 Spanning the collapse of Ottoman rule and the British Mandate in Palestine, this is the story of three generations of a defiant family from the Palestinian village of Hadiya before 1948. Through the lives of Mahmud, chief elder of Hadiya, his son Khaled, and Khaled’s grandson Naji, we enter the life of a tribe whose fate is decided by one colonizer after another. Khaled’s remarkable white mare, Hamama, and her descendants feel and share the family’s struggles and as a siege grips Hadiya, it falls to Khaled to save his people from a descending tyranny.

"The measure of the greatness of this book is its humility in approaching a people’s vast experiences and rituals across this long stretch of time between Ottoman and British then Israeli occupation, as Nasrallah deftly narrates this community’s character within a specific locale and around the acts of the novel’s hero, Khaled, whose reflections and deeds ennoble the lives of each successive generation. That Nasrallah’s writing evokes this epic grandeur in discrete, alluring, lyric chapters, one story seamlessly weaving into another, is even more compelling: the long novel enlightens us in flash fictions which illuminate each other and sustain our attention."—Benjamin Hollander, Warscapes

"I have been constantly asked by Western critics and readers: “When will the Palestinian epic appear?” The Time of White Horses has now answered their question. It is truly the novel that the Palestinian catastrophe has awaited for a long time, an insightful depiction of Palestinian life and struggle since the last century of Ottoman hegemony over the Arab world and the 1948 unforgettable divide when the final catastrophe hit the Palestinian people in their ancestral home, devastated their life, uprooted their existence and led them to destitution and perpetual anguish. The novel uncovers the causes of the catastrophe, its overwhelming circumstances and the tragic conspiracy against which the courage and resistance of an innocent, defenseless people could not prevail."—Salma Khadra Jayyusi, Founder and Director of East-West Nexus for Studies and Research and of PROTA, Project of Translation from Arabic

"Written in a shimmering and sensitive style, it has a captivating grip on the reader, a lasting effect on his/her sensibility and memory. This is the greatest creative portrayal which explains, through fine art, the tragedy of the Palestinian people and the causes of their disaster."—Salma Khadra Jayyusi, Founder and Director of East-West Nexus for Studies and Research and of PROTA, Project of Translation from Arabic

"Time of White Horses charts the history of three generations of a Palestinian family in a small village, Jordanian author Ibrahim Nasrallah’s saga is a descendant of a genre introduced into Arabic fiction by Naguib Mahfouz’s famous Cairo Trilogy. Through the lives of the members of this family, Nasrallah depicts the tragedy of a whole nation under changing historical circumstances: the Ottoman rule, the British Mandate and the Nakba (the catastrophe of the Jewish occupation of Palestinian land in 1948) to the expulsion of the Palestinians and finally the post-Nakba era."—Judges Committee, International Prize for Arabic Fiction

"You soon realize the power of Nasrallah's novel. Any notion that this is just nostalgic reverie is dispelled . . . Nasrallah's intensely eloquent voice gives Western audiences an insight into the lives of the marginalized without rattling off numbers."—Tam Hussein, New Statesman

“Men are murdered or executed, demolitions and collective punishment meted out, ancestral lands taken at a stroke. One learns the lesson that the behavior of any oppressor is the same, regardless of time or circumstance.”—Norbert Hirschhorn, Banipal Magazine

"I turned these pages with trepidation for nearly a month, sometimes holding my breath and swallowing hard. I was reading the unfolding of my own life, and the lives of all Palestinians. I knew what was going to happen and in the strange ways of a heart touched by literature, I wanted to warn the characters."—Susan Abulhawa, Novelist

"[Nasrallah] conveys a powerful sense of the textures of place, time and custom . . . With the publication of Time of White Horses, lovingly translated by Nancy Roberts, our understanding of the history of modern Arabic literature has taken a giant leap forward.”—Raymond Deane, The Electronic Intifada 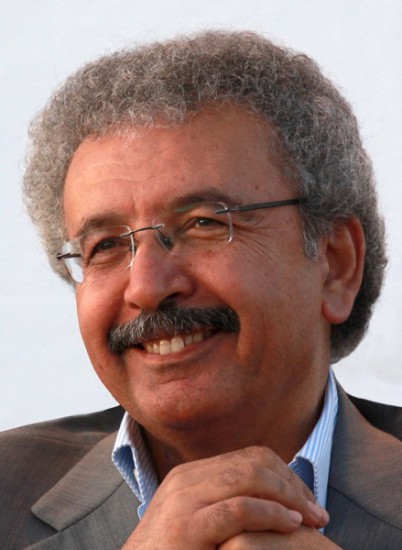 Ibrahim Nasrallah is considered one of the most influential voices of his generation. Raised in a refugee camp to Palestinian parents, he became a journalist before turning to creative writing. His work includes fourteen novels. He lives in Amman, Jordan. 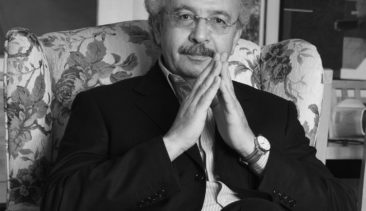 Last year Ibrahim Nasrallah won the International Prize for Arabic Fiction for his novel The Second War of the Dog, described by the jury as “a masterful vision of a dystopian future in a nameless cou… 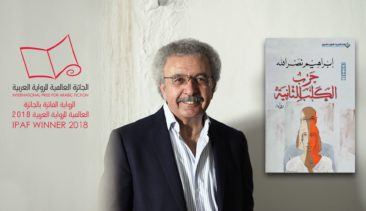 The Jordanian-Palestinian writer Ibrahim Nasrallah, author of the two Hoopoe novels, Gaza Weddings and Time of White Horses, and The Lanterns of the King of Galilee (AUC Press) won this year’s Interna…

Addressing the tragedy of the present-day Middle East

From a Syrian novel about Islamic State’s occupation of Raqqa to an Egyptian dystopian thriller, six books that “address the tragedy of the present-day Middle East” have been shortlisted for the Inter…