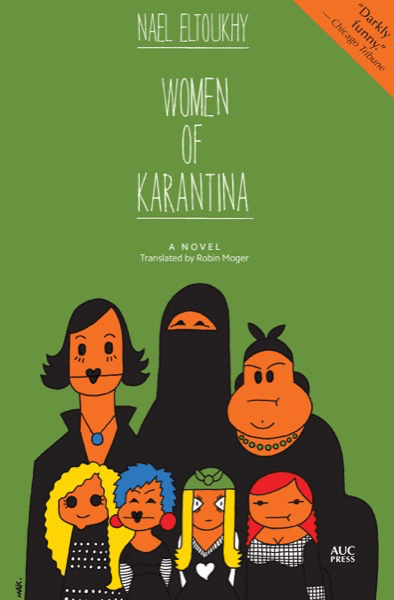 Buy Women of Karantina
Where to buy

Back in the dog days of the early twenty-first century a pair of lovebirds fleeing a murder charge in Cairo pull in to Alexandria’s main train station. Fugitives, friendless, their young lives blighted at the root, Ali and Injy set about rebuilding, and from the coastal city’s arid soil forge a legend, a kingdom of crime, a revolution: Karantina.
Through three generations of Grand Guignol insanity, Nael Eltoukhy’s sly psychopomp of a narrator is our guide not only to the teeming cast of pimps, dealers, psychotics, and half-wits and the increasingly baroque chronicles of their exploits, but also to the moral of his tale. Defiant, revolutionary, and patriotic, are the rapists and thieves of Alexandria’s crime families deluded maniacs or is their myth of Karantina—their Alexandria reimagined as the once and future capital—what they believe it to be: the revolutionary dream made brick and mortar, flesh and bone?
Subversive and hilarious, deft and scalpel-sharp, Eltoukhy’s sprawling epic is a masterpiece of modern Egyptian literature. Mahfouz shaken by the tail, a lunatic dream, a future history that is the sanest thing yet written on Egypt’s current woes.

“Women of Karantina makes fun of you and your love for books, of your naivety and your appetite for manufactured illusion. The novel grabs you with a self-consciously epic opening scene set in some undefined point in the future.”—Mada Masr

"With an epic tone that laughs at everything, an unusual lightness of spirit, and a surprisingly fresh treatment of old motifs, such as violence or succession, Eltoukhy creates something unprecedented in the history of the Arabic novel."—Mohammad Abdelnaby

“Through irony and hyperbole, Nael Eltoukhy builds and furnishes his novel Women of Karantina.”—al-Watan Online

“There is no doubt that you will encounter much hilarity here, in Nael Eltoukhy’s Karantina: it is as enjoyable as a cold drink when thirsty . . . [and uses] humor that is critical, ironic, and extremely clever.”—al-Tahrir

"Karantina is a totally different experience. Although much of its dialogue and details draw on Egyptian life in recent decades, it is ruled by a logic entirely of its own that coherently pulls the reader into its world.”—al-Mudun

“It is not easy to read a novel of 350 pages and find not one of them boring or full of stuffing . . . but to find a writer capable of taking you from one pleasure to the next until you find yourself in a state of continuous enjoyment.”—Apollo Site

“A new twist in the evolution of the form of the Egyptian novel itself.”—Ahram Online

"It’s a gritty piece, but it’s also surprisingly funny throughout. Dare I say that it’s delightful in its subversiveness? I guess I just did."—Typographical Era

"The translation, by South Africa-based translator Robin Moger, follows Eltoukhy's work punch for punch, shifting when need be from the lyrical to the plainspoken to the vulgar. Moger's translation does not just bring the book's roughed-out meaning into English, it captures the prose's light touch."—Marcia Lynx Qualey, al-Araby

"As we sit here drinking our tea, pondering the nature of inner peace, we've quite suddenly arrived at the realization that the reviewer believes this to be one of the best books he's read all year. He believes it would have been one of the best books he read last year, and perhaps even the year before, if he had read it during either of those years."—Typographical Era

"[Eltoukhy] simultaneously revels in and mourns the dark underbelly of Alexandria, where the locals live and fight. This is a side of Alexandria that is hardly glimpsed, let alone explored with Eltoukhy's brand of incisive humor."—Chicago Tribune

"An exciting and original work, which represents and important contribution to contemporary Egyptian and Arab Literature."—Banipal

"Peopled with believable characters doing unbelievable things, and written with a light, satirical touch with references to popular culture, it is a story of relentless casual violence . . . . Eltoukhy eschews all the conventional references to Alexandria's cosmopolitan past and its position by the sea, focusing instead on its underbelly and a thuggish cast of drug dealers, prostitutes and criminals. . . . Despite humour and even moments of slapstick, Eltoukhy presents a bleak vision of a doomed and dysfunctional society."—Heba Saleh, Financial Times 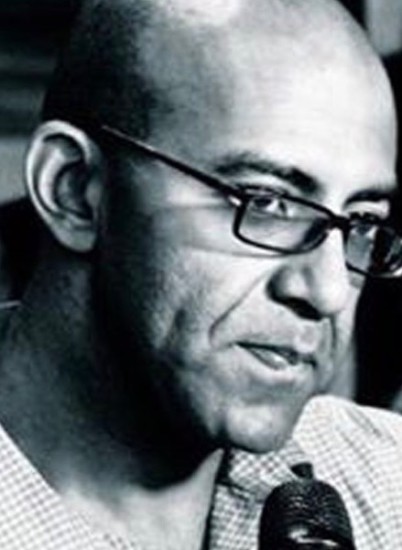 Nael Eltoukhy is an Egyptian writer and journalist, born in Kuwait in 1978. He graduated from the Hebrew Department in Ain Shams University, Cairo in 2000. His first collection of short stories was published in 2003, and he is the author of four novels. He has also translated two books from Hebrew into Arabic.

Robin Moger studied Egyptology and Arabic at Oxford University before working as a journalist in Cairo for six years. He is the translator of A Dog with No Tail by Hamdi Abu Golayyel (AUC Press, 2009) and his translation for Writing Revolution (2013) won the 2013 English PEN Award for outstanding writing in translation.